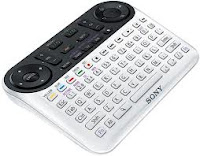 Every now and then, I come across a lovely little utility that does what it says it does, clearly and simply.

One such animal is Twit Cleaner.

Signing up for Twit Cleaner takes seconds. Wait some additional seconds and Twit Cleaner delivers a report on the state of your Twitter followers.

The first part of the report gives you information on percentage of people "trying to sell you crap," posting "identical tweets" (an indication of spam), "bots" (spam tweets generated by a robot), etc.

Do you want to be followed by these people/bots? Heck NO!

So then comes the 2nd part of your Twit Cleaner report. You are given a visual list of all of your "bad followers".

For example, under "Nothing but links" I saw that I had seven followers of the "Get A Job in Psychology" variety.

I was able to click on their Twitter icons right then and there in the report and delete them.

Here is a cautionary tale about poor customer service, and how even individuals can use social media to powerful effect against even the largest corporations..

In 2008, David Carroll, then a relatively unknown musician, was flying to a gig via United Airlines.

Carroll then spent nine months in fruitless negotiations with the airline for compensation. United responded with indifference.

In response, Carroll wrote a song "United Breaks Guitars" and released it in 2009. The song became an immediate YouTube and iTunes hit upon its release in July 2009. Check it out:

United's managing director of customer solutions, telephoned Carroll to apologize for the foul-up and asked if the carrier could use the video internally for training. The Times reported that belatedly, United donated $3,000 to the Thelonious Monk Institute of Jazz as a "gesture of goodwill" which failed to undo the damage done to its image.

Who are the winners in this affair?

First and foremost Carroll, who is now in great demand as a speaker on customer service and whose song was number one on iTunes. Bye bye obscurity!

Taylor Guitars also won. They are mentioned numerous times in the video - free advertising that reached millions. And offering free guitars? Well that was extensively reported in the media - that's thousands of dollars of free PR.

Who are the losers?

United Airlines who failed to respond effectively. A company of that size, (quite frankly any size) should have a plan in place to deal with negative social media. Obviously, they were clueless.

The New York Times reported that within 4 days of the video being posted online, United Airline's stock price fell 10%, costing stockholders about $180 million in value.

Some analysts have questioned whether this price drop can be directly linked to the video. Nevertheless, you don't need to be a PR genius to know that the impact was negative, and severe.

So was it worth it United? A simple apology and a check for $3,500 seems like a much better way to go.

And it's not even high tech.

Web Secret #161: Social Media Will Not Help You 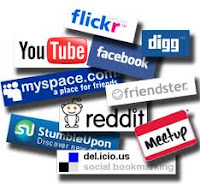 "Social media is just another facet of marketing and customer service. Say it with me. Repeat it until you know it by heart. Bind it as a sign upon your hands and upon thy gates. Social media, by itself, will not help you."

Bravo Peter Shankman, who made this bold statement in a brilliant, funny blog post entitled "Why I Will Never, Ever Hire A 'Social Media Expert'".

All of my social media presentations emphasize one concept over all - you must select the social media channel that matches your skill set, and your purpose. As Peter puts it - succinctly: "If you’re tweeting all your discounts, and none of your customers are on Twitter, then you sir, are an idiot."

He adds: "Marketing involves knowing your audience, and tailoring your promotions in specific bursts to the correct segments."

He also rages about the lack of good writing in social media. Friends, and audiences from my presentations - how many times have you heard me say "if you can't write, hire someone who does!"

The thoughtless use of social media will not help you.

The thoughtful use of social media can help you knock it out of the ballpark.