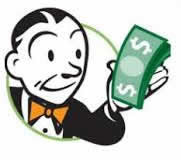 Do you shop online?

Of course you do.

Would you like to get cash back for doing that?

The concept is simple - when you go to the store where you want to shop through its ebates link, you get cash back - a percentage of the money you spend. Earnings are paid out quarterly.

Ebates features over 1,800 online stores, from Macy's to Victoria's Secret, from Expedia to eBay and the list goes on and on.

Cash back can range from 2.5% to 6% - even more. Some stores specify the items that are eligible for cash back - eg Amazon was giving 3% for purchasing women's clothing. Other sites offer cash back on everything

Signing up takes seconds - then it's just a matter of remembering to check ebates whenever you want to buy online.

Email ThisBlogThis!Share to TwitterShare to FacebookShare to Pinterest
Labels: ebates 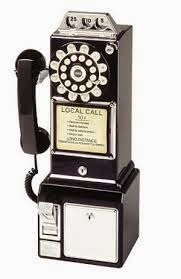 You read it here first - since 2008, I have been warning you about rapid technological change and its effects.

Now the popular media, not just geeks and the intelligentsia, are beginning to talk about the impending developments in artificial intelligence and other scientific areas. An article in the New York Times "Style" section (no less?!) - which typically discusses the latest runway fashion and lipstick colors - asked: "Who is making sure that all of this innovation does not go drastically wrong?"

Well the Future of Life Institute for one, an organization that seeks to “mitigate existential risks facing humanity” from “human-level artificial intelligence.”

And there are others. The Lifeboat Foundation is a nonprofit that tries to help humanity combat the “existential risks” of genetic engineering, nanotechnology and the so-called singularity, which refers to the hypothetical moment when artificial intelligence surpasses the human intellect.

Philosophers and scientists at Cambridge University formed the Center for Study of Existential Risk, with the goal to ensure “that our own species has a long-term future.”

And these are good things. Cutting edge.

But the world of U.S. mental health lags far, far behind. I lecture about social media and technology's impact on psychotherapy and employee assistance programs.

And what do people in the audience ask me? Whether or not to deliver services via video counseling!!!

People - that ship has sailed.

And while practitioners in the US remain frozen within the boundaries of their states, the rest of the world has moved on. We are no longer in a leadership position - we are lagging behind.

Some of you will remember sixties activist Abbie Hoffman who famously wrote "Steal This Book." It was all about shaking people out of their complacency, challenging the status quo, and thinking outside the box of convention.

Here is my 21st century version of that exhortation: provide video counseling!

A whole lot of providers are doing it already. Have been doing it for years. Were doing it before the computer - providing counseling across state lines on the telephone. No one has been sued. Ever. Those archaic state licensing laws are going to be abolished, replaced by national licensure.

Because the Millenials and the generation behind them are going to demand, are already demanding:

1. video counseling
2. the ability to make appointments via text or by screaming into their Apple Watch
3. something you haven't even thought about yet because most clinicians are not future oriented.

It concerns me that the people who are putting together these think tanks about the future are not mental health professionals. I think we need to put our unique heads together and ponder the future of the field.

My 21 year old son believes that 20 years from now, human talk therapy will be obsolete. Most major mental illnesses will be biologically treatable. And the rest of our clients will be talking to highly skilled and responsive artificial intelligence entities who will be available to them 24/7.

Email ThisBlogThis!Share to TwitterShare to FacebookShare to Pinterest
Labels: Steal this book 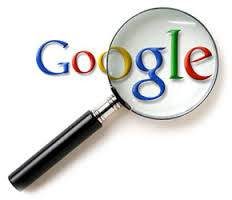 Have you ever wondered what Google Search really knows about you?

I came across a terrific article that walks you through viewing and downloading your entire search history.

But as I was beginning to follow the bouncing ball to go through that process, I suddenly remembered how long I've been using Google, and how frequently I use Google Search. And I realized I didn't want to spend the rest of the week combing through my history, deleting unimportant links.

Frankly, I don't think it's Google's business to keep my history. Sure my history helps Google find what I'm looking for faster and gives me quicker access to pages I've visited before. But it is also tyrannical, and populates my pages with ads and sites it thinks I'm interested in. Well, I want to see what would turn up if Google didn't know me so well.

Long story short, I skipped over the beginning of the article and went directly to the simple instructions covering how to delete my entire history from Google’s servers:

1. Navigate to the Web and App Activity Page and click the gear icon in the top-right corner. (Note: you will be asked to login to Google if you haven't already done so.)

2. Select Remove Items and choose the beginning of time from the drop-down menu.

All of your search history will be deleted. 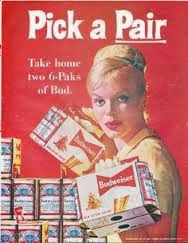 I came across a fascinating little article from the July 22, 1961, Australian Weekend Magazine: "Will life be worth living in 2000 AD?" Complete with sexist, vintage advertising.

Really, it's a miracle that I aspired to do anything beyond vacuuming the house...

The article features scientific predictions about the year 2000 and beyond, digested for a popular audience.

Impressively, they mostly got it right. What they got wrong were rosy predictions about transportation.

We are not:
But look at what they got right:
I'm still waiting for this prediction to come true: "There will be no common colds, cancer ... mental illness."

And why don't we have this? "...clothing will be put away by remote control..."