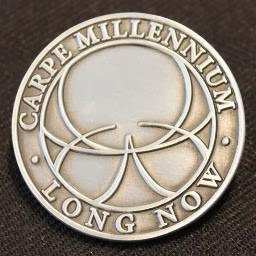 Next week I will publish my 300th blog post. It's making me positively philosophical.

I recently have become fascinated with a conceptual time machine known as the Clock of the Long Now. (I'm in good company - Jeff Bezos, the CEO of Amazon, is funding that project.)

In a time where technology and its attendant sociological consequences are evolving at warp speed, computer scientist William Daniel Hillis created the Long Now Foundation, the purpose of which is to think about our impact over the course of 10,000 years.

The concrete representation of the "Long Now" is the clock, (which doesn't exist yet,) but will accurately keep time for 10,000 years.

The clock is not exactly meant to be like a Timex, a Rolex, or even an Audemars Piguet.

In fact, it probably won't look like any clock you have ever seen. That's because it must obey the following design principles:

Longevity: The clock should be accurate even after 10,000 years, and must not contain valuable parts (such as jewels, expensive metals, or special alloys) that might be looted.

Maintainability: Future generations should be able to keep the clock working, if necessary, with nothing more advanced than Bronze Age tools and materials.

Transparency: The clock should be understandable without stopping or disassembling it; no functionality should be opaque.

Evolvability: It should be possible to improve the clock over time.

Scalability: To ensure that the final large clock will work properly, smaller prototypes must be built and tested.

"With continued care and maintenance the Clock of the Long Now could reasonably be expected to display the correct time for 10,000 years. Whether a clock would actually receive continued care and maintenance for such a long time is debatable. Hillis chose the 10,000-year goal to be just within the limits of plausibility. There are technological artifacts, such as fragments of pots and baskets, from 10,000 years in the past, so there is some precedent for human artifacts surviving this long, although very few human artifacts have been continuously tended for more than a few centuries."

"The Long Now Foundation has purchased the top of Mount Washington near Ely, Nevada, which is surrounded by Great Basin National Park, for the permanent storage of the full sized clock, once it is constructed. It will be housed in a series of rooms (the slowest mechanisms visible first) in the white limestone cliffs, approximately 10,000 feet up the Snake Range. The site's dryness, remoteness, and lack of economic value should protect the clock from corrosion, vandalism, and development. Hillis chose this area of Nevada in part because it is home to a number of dwarf bristlecone pines, which the Foundation notes are nearly 5,000 years old. The clock will be almost entirely underground, and only accessed by foot traffic from the East once complete."

Email ThisBlogThis!Share to TwitterShare to FacebookShare to Pinterest
Labels: The Long Now 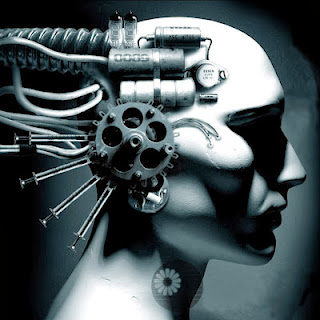 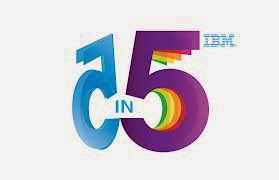 Every year, IBM unveils five predictions about how technology innovations will change the way we work, live and play within the next five years.

People pay very close attention to this forecast because it's not a Ouija board that's talking, it's IBM.

And they have a track record for being very, very accurate.

So here is the latest version:

The classroom will learn you - The classroom of the future will learn about each student over the course of their education, helping students master the skills critical to meeting their goals.

Buying local will beat online - Savvy retailers will tap cognitive technologies and use the immediacy of the physical store to create experiences that cannot be replicated by online-only retail.


Doctors will routinely use your DNA to keep you well - Computers will help doctors understand how specific mutations in a patient’s DNA have led to growth of a cancerous tumor. They’ll recommend a cocktail of medicine shown to best attack that cancer.


The city will help you live in it - Cognitive systems will learn to understand what people need, what they like, what they do, and how they move from place to place—so the managers of the city can respond better to their needs.


A digital guardian will protect you online - Security systems will acquire a 360-degree view of an individual’s data, devices and applications. They’ll readily spot patterns that could be precursors to a cyber attack or a stolen identity.


So step right up, ladies and gentlemen, and let me know which of these you think will be true by 2018.

Email ThisBlogThis!Share to TwitterShare to FacebookShare to Pinterest
Labels: 5 in 5, IBM 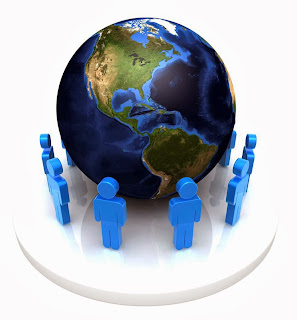 Family gathering are the perfect occasion for some light Gen Y versus Baby Boomer versus Greatest Generation banter.

Not sure how it happened but the conversation came around to the following question: "Is there a greater generation gap between the Gen Ys (born in the 80s and 90s) and the Boomers (born between 1946 and and 1964) or between the Boomers and the Greatest Generation (who came of age during World War II)?" I didn't say anything immediately but smugly thought, "Well of course there is more of a gap between myself and my 90 year old mother, than between myself and my Millenial children. After all I am so tech savvy and..."

This smug thought was instantly interrupted by a unanimous chorus of my children, nieces and nephews (age range 19 to 27) yelling "of course it's between us and our parents."

My older daughter (age 24) told me "Mom, I almost have forgotten what it was like not to have a computer, we grew up with the Internet, your generation didn't. You're more like Granny than like us."

Hold on! My mother grew up without TV. And I grew up with TV. Now we both have iPhones and laptops and email and Amazon Prime accounts.

I mustered up every argument I could think of. I described how cool I was, how clued in I am to every meme and tech trend. I mean, I write this blog. About technology.

And they were merciless. They did not budge in their opinion.

And since that family dinner, I am still thinking about this. Is my Zeitgeist, my Weltanschauung really closer to my mother's than to my children's?

What about you, what do you think?

Gen X speak up! You do not have a representative in my family.