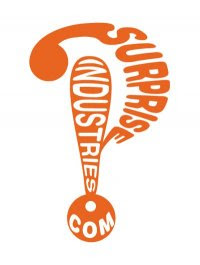 But when I surf the Internet, I want to be surprised. As much as possible. Because surprise makes me smile.

Amazingly, there is a company that is entirely devoted to creating surprises, the aptly named Surprise Industries. Three young women entrepreneurs founded SI, a New York company that plans surprise events for individuals and businesses. Think trapeze lessons, private beer tastings and a zombie birthday party complete with actors in costume and a terrifying alleyway ambush--the possibilities are endless.

The clients themselves can be the surprisees, or they can hire the company to surprise someone they know. Surprisees have no idea what they're paying for, aside from some hints, a location and an arrival time. They're asked what kind of experience they want (adrenaline-spiked, romantic, mysterious) and what the occasion is. Then, Surprise Industries' team, including 13 part-time "agents of surprise" on call for emergency brainstorming sessions, makes it happen by contacting the right people and putting together the surprise.

The trio has planned surprises for family reunions and vacations, as well as corporate team-building activities and company events. SI Founder Tania Luna has even given a TED talk about the story of her surprising life. The talk has over 400,000 hits:

It turns out that SI has inspired a movement. People want to surprise themselves. In their blog, SI reports the story of Jia Jiang who has been pursuing an unusual goal: his aim is to get rejected 100 times. He’s been rejected by zookeepers who wouldn’t let him feed a lion, by a radio station who wouldn’t agree to feature him in an on-air interview, and by Domino’s Pizza who wouldn’t let him deliver a pizza.

It all started on July 4th of 2012 when he had an epiphany. He realized his fear of rejection was preventing him from achieving his dreams. Jia decided to embark on a “rejection therapy” quest in the hopes that he would become desensitized to rejection, and would be liberated to pursue the life he wanted.

After a year of making difficult asks, Jia has actually had a surprising amount of success. A Krispy Kreme employee created a reproduction of the Olympic Rings symbol out of donuts, just because he asked. He’s also managed to speak over Costco’s intercom, sit in the driver’s seat of a police car, and fly a plane, among many other adventures. Jia says he’s surprised by the amount of success he has had (where "success" means having his request be met, as opposed to the "success" of being rejected). His stories are evidence that people will surprise you, if you only let them.

Thank you, Surprise Industries, your existence surprised me. 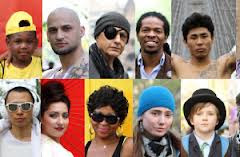 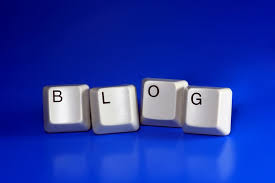 I maintain a list of blogs created and maintained by employee assistance programs (EAPs).

So when I see someone, anyone, do a really nice job of blogging about EAPs - well, I have to blog about it.

I had never heard of a Canadian EAP called Aspiria. And I still wouldn't - except that I use StumbleUpon and up popped a blog post "Top 10 Reasons for an EAP – Insight from an EAP Expert Part 1."

The posts are written by Aspiria CEO Charles Benayon and he has done everything right. First and foremost, he has written an interesting and informative blog post - anyone in the market for an EAP would find it extremely helpful. His layout is graphically pleasing. His color palate is bright and reminiscent of his Aspiria website color scheme, achieving an overall visual branding. Subscribing to the blog is simple and right there at the top of the post.

Canadian EAPs have consistently trumped the rest of the world in their early and effective adoption of social media and technologically cutting edge service delivery. But you don't have to be Canadian, nor at the helm of a large EAP to create an effective blog.

Then put your blog URL in the comments section of this post. Who knows, maybe I'll write about it.

Email ThisBlogThis!Share to TwitterShare to FacebookShare to Pinterest
Labels: Blogging for EAPs

Many therapists carry two cell phones, one for their patients and one for everybody else. They do this to protect their privacy. Some also do it because they work with volatile, potentially violent clients and it is a matter of safety to maintain a separate phone number.

But carrying two cell phones is a pain in the neck, and expensive. There is another way. It's called iNumbr.com - it's a virtual phone number and it takes seconds to set up.

Power and Flexibility
Privacy Options
Your iNumbr gives you control over how and when your calls come to you. iNumbr lets you pick any phone where your calls can be forwarded. You can filter your calls as you wish -- by caller, by time of day or even allowing you to decide “on the fly” whether or not to take a call.

Much cheaper than a second cell phone.

Email ThisBlogThis!Share to TwitterShare to FacebookShare to Pinterest
Labels: inumbr.com 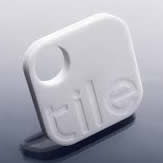 I don't lose important items like my laptop, my table or my smartphone.

But in my personal life, I am surrounded by people who misplace their stuff, (and other critically important items like house keys and car keys.) When these unnamed people go crazy looking for these lost possessions, they stress me out.

Plus I am tired of paying the deductible to my insurance company to replace lost/stolen iPhones. And get this - some of my teenagers (you know who you are) -  are no longer insurable because there has been one too many incidents...

So imagine my excitement when I read about a small startup called Tile that raised a record-breaking $2.68 million for its small, Bluetooth-connected devices you can affix to anything you don't want to lose, such as your keys, laptop, or luggage. Here, let them show you their amazing product:

Tile will start shipping this coming winter, but you can preorder Tiles via Amazon.com at a cost of $18.95 per individual Tile. Once the company starts to ship, the Tiles will retail for $25.00.

It's the perfect Christmas/Hannukah/Kwanzaa/birthday gift for your errant children.