Ever since video-counseling came into being I have urged therapists to add it to their book of business. I have also urged them to get training and become certified online counselors.

Now experts are acknowledging what we already (intuitively) new - online is different than in person. A December 2017 Wired article urged physicians to develop a webside manner - a modern take on the old fashioned bedside manner.

The article explains: "...getting there isn’t always easy... 'It's all the little things,' says experimental psychologist Elizabeth Krupinski, associate director of evaluation for the telemedicine program at the University of Arizona. 'I mean, there's the technology bit, obviously. Webcam resolution, internet connection, and so on. And you have to think about your backdrop, your lighting, what you're wearing as well. But what you've really got to monitor is your behavior.” U of A is one of the first schools in the country to incorporate telemedicine instruction into its medical school curricula.

"It sounds strange, but when you're on camera all your actions are magnified,' Krupinski says. Sitting six feet away from your doctor, in person, you might not mind or notice her slouching, fidgeting, or gesticulating. But a webcam's intimate vantage point augments these actions in ways that patients can find distracting or off-putting. 'You take a sip of coffee and your mug takes up the whole screen, and all they hear is the sound of you slurping,' she says. 'Or you turn away to make a note, and now all your patient sees is your shoulder. Maybe you disappear from the frame entirely.'

Telemedicine students are often instructed to disable their video chat's picture-in-picture feature. 'Turn it off and look at the patient,' Krupinski says. That's also kind of tricky: To appear as though they're making eye contact, clinicians are taught to look not at the patient on their screen, but directly into their device's webcam."

The article notes that in the United States physicians are no longer required to see a person in person before seeing them virtually.

Are you with me?

Last month, a special section of the New York Times landed on my breakfast table: Into the Eye of the Internet. The section contained several articles, the gist of each was: "The defining narrative of our online moment concerns the decline of text, and the exploding reach and power of audio and video."

Not all of the information included in the section is relevant to iWebU readers. But what is, offers a blueprint for a lucrative direction for both therapists and employee assistance professionals : Implication? Maybe Instagram is not your thing but our work lends itself to podcasts and minute long videos. Just make them short and punchy.

So she went online and wrote a 3,000-word blog post exposing the behavior." EAP colleagues - sexual harassment prevention training should be a staple of your offerings. Get a seat at the table and help your client companies so that they have policies, procedures and training programs in place. Therapists - working with victims and/or alleged perpetrators can be a new area of practice.

In "Even the Tech Elite Are Worrying About Tech Addiction," Farhad Manjoo reports that, "Apple ...[was asked]... to study the health effects of its products and to make it easier for parents to limit their children’s use of iPhones and iPads...

The bigger problem is what to do about any of this. Few laws or regulations prevent apps from keeping us hooked, and the tech industry has no serious ethical prohibitions against tinkering with software to drive engagement; indeed, at many tech companies, keeping people glued to the screen is the whole ballgame."

We don't need a research study to know that using an iPad as a substitute babysitter is terrible for our children, and spending unending hours streaming - well just about anything - is unhealthy. So EA professionals, teaching employees how to disconnect is good for the bottom line, and therapists - helping the cyber addicted offers opportunity for practice.

Are you paying attention? 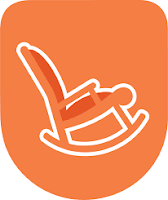 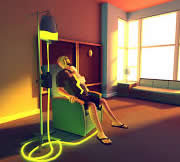