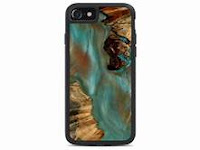 I am a firm believer in putting a case on your smartphone.

Over the years I have been through many iPhone cases as I upgraded through various models.

Seldom, however, have I come in contact with more beautiful cases than the ones made by USA based Carved.com.

Look at this geometric T-Rex.

Their magnificent animals on wood.

And my personal favorite "custom map" case. Select any location in the world, and the map is carved into the case.

I'm planning an upgrade in September.

I'll be in touch with you - Carved.

Email ThisBlogThis!Share to TwitterShare to FacebookShare to Pinterest
Labels: Carved 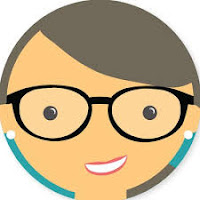 Curable is an app that helps users control their chronic pain.

I can't think of a more necessary modality right this minute.

Doctors are drastically reducing opioid prescriptions even when this makes no sense whatsoever.

Unless you are fortunate to live in a state where medical marijuana has existed for a long time - you have no access to even the low THC cannabis pain relievers.

So pain sufferers need another option.

He writes: "[The] treatment program is based on the (thoroughly scientifically grounded) notion that chronic pain tends to slowly rewire the brain to “perpetuate the feeling of pain” — and that this neurological sensitization to pain can be undone, in whole or in part, via mindfulness and cognitive behavioral therapy...It may sound odd that cognitive techniques can overcome and eliminate real physical pain, but there is an sizable amount of hard science behind this, which Curable users are walked through."

If you've tried PT, pills, acupuncture, epidural shots, and everything else under the sun, why not try it?

Caveat: I am not a medical professional and you should check with yours before using Curable.

Email ThisBlogThis!Share to TwitterShare to FacebookShare to Pinterest
Labels: Curable

The Internet is making me realize that I am just as provincial as those demonized imaginary deplorables from the Midwest.

I already had an inkling I was in a self imposed ghetto when I was pondering unfriending my last Republican Facebook friend because he voted for Trump. If I did that I would be perfectly insulated from anyone who didn't have exactly the same values I have.

And then I didn't do it - because - well he likes Star Trek and classic rock and dogs and. Well you get the point. I had to make it work. In our little Facebook world, I made myself reach across the aisle.

And I thought about this all over again when someone suggested I watch an Israeli TV show (aired between 2008 and 2012) called "Srugim."

Srugim has been called the Israeli "Friends." Superficially you could think that. It's about five 30 year olds who live in the same Jerusalem singles neighborhood called "The Swamp", hanging out in each others apartments and angsting about love and life.

Except that the five are Modern Orthodox Jews.

For the record, though I am Jewish, I have never had any Orthodox friends or even acquaintances.

They don't agree with my secular view of the world. I would shun them in a minute if I actually met them in real life.

But the series was recommend by a friend I greatly respect, so I streamed it on Amazon Prime Video.

Srugim is like "Friends," if "Friends" didn't have a laugh track, addressed questions of faith and doubt, death and mourning, and took its time telling a story.

Email ThisBlogThis!Share to TwitterShare to FacebookShare to Pinterest
Labels: Srugim 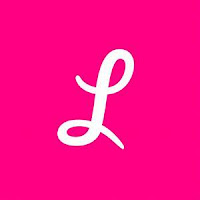 Say you're a young Millenial. Maybe in your first job.

And you rent an apartment. And you are required to have renter's insurance.

You download the Lemonade app. Here is Lemonade explained:

What makes Lemonade special in the insurance world? It's cheap. Really cheap. A studio apartment in a doorman building could cost as little as $11.00 to insure.

As one article explains, Lemonade promises “world record claims handling” in only three seconds with “25% of claims paid in 3 seconds.” And you can “get insured” in only 90 seconds. And with its “Zero Everything” option, the customer is promised “zero deductible, zero rate hikes, zero worries.”

Nothing is too small to report stolen under a renter or homeowner’s policy, including flip-flops. The website actually says flip-flops are covered.

Here is how it works. Someone steals flip-flops out of your apartment. Use the Lemonade App to record a video of yourself explaining what happened, what the flip-flops look like and what you think they are worth, say, $10. Send it to Lemonade, and its “AI runs 18 anti-fraud algorithms,” which is basically the computer deciding whether you might be lying. If it believes you, the “AI will pay you in 3 seconds” and send $10 to your bank account. If the AI thinks you might be lying, you get diverted to a human to process the claim.

If life gives you lemons...

Email ThisBlogThis!Share to TwitterShare to FacebookShare to Pinterest
Labels: Lemonade 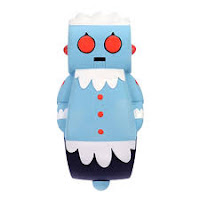 They aren't combing job boards like Monster or Indeed.

That would be labor intensive.

That would be inefficient.

That would be old fashioned.

Instead, they have a robot looking for jobs for them.

Not like the robot in "Lost in Space" or "The Jetsons."

They use Jobo - the Job Bot.

Jobo promises to "Find jobs worldwide, get updates about new job offers. Let the bot do his job."

Set up is a snap:

2. Create a profile with the key words that describe the job you are looking for. Setup your own job alarm - ie how often you want to be messaged about your job opportunities.

3. Apply for jobs via messenger or directly.