I loathe alerts. I am constantly working on getting fewer of them on my smartphone.

It is not always an easy task.

I still get Temple University basketball scores flashing across my screen. I have no idea why.

Minimizing your alerts will lead to improved mental well-being and decreased stress.

Be discriminating. Unless you work for CNN, do you need to get breaking news alerts which invariably feature something terrible like coronavirus deaths or some political idiocy?

If you commute, you probably want to know the weather and traffic situation when you leave to go to work and when you leave work to go home. Not throughout the day. And those alerts negatively impact your battery life.

Also, I set my phone so that when I do get alerts, I hear a swooshing sound, not a ding. Much better for the nerves.

The first time I open a newly downloaded app, I will be asked if I want notifications. The answer is always no. Do you need to be alerted that there is a new level of Candy Crush? No.

The sounds of silence.

Email ThisBlogThis!Share to TwitterShare to FacebookShare to Pinterest
Labels: alerts 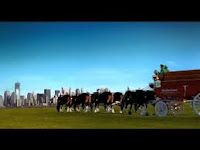 As I was looking for a topic for this post, I came across a lot of articles about after hours work emails.

So in case you need to be reminded or need to remind someone, this is why it's bad:

1. You're sending it after hours and most people respond to those email after hours, on vacation, weekends and their off time.

2. Because of this, you are exacerbating their anxiety and decreasing their workplace well-being. So seriously weigh the pros and cons of doing this after hours.

3. When you respond after hours, you are sending the message that you are available anytime, anywhere. It's called setting a precedent.

No one should be open for business 24/7.

Email ThisBlogThis!Share to TwitterShare to FacebookShare to Pinterest
Labels: email

In 2020, news travels at warp speed. Recently, I was at a craft fair with friends when one of them got an alert on her phone that Kobe Bryant had died in a helicopter crash. In a matter of seconds, it seemed everyone knew. And news outlets continue to churn out "news" about the event.

Similarly, the Internet is propagating endless "information" about the Coronavirus epidemic. Everyone is concerned, but how does one manage that concern?

The Verge published "Everything you need to know about the coronavirus from China" on January 29 as a reality check. They have advised readers to be careful to vet their news sources, and have pointed to the CDC as reliable. They actually have a dedicated website https://www.cdc.gov/coronavirus/index.html.

Another Verge posting asked "Misinformation about the Coronavirus is threatening to overwhelm tech platforms - Hoaxes are spreading quickly — are Facebook, YouTube, and Twitter up to the challenge?." (Quick answer: NO, they are not up to the task.)

In that article they wrote:

One result of a world in which everyone has more or less equal access to publishing tools has been what’s sometimes called an epistemic crisis: a scenario in which large groups of people muddle along with very different understandings of reality, undermining the ability of elected officials to govern. This might be particularly scary during a catastrophe, when citizens are relying upon their government for accurate and potentially life-saving information. If you can’t trust official government announcements — or you are misled into thinking that an official-sounding hoax is real — catastrophes might begin compounding upon one another.

The global outbreak of a coronavirus that originated in China has given us fresh reason to consider the downsides of an internet where social media posts are amplified by engagement-hungry algorithms, and vetted by fact-checkers only days later — if at all.

My advice: get your news from the most reliable news site and otherwise turn it off.

Not always easy to do.