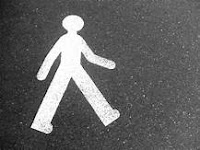 A couple of weeks ago, I had dinner with my friend Rochelle Sharpe. Rochelle is a Pulitzer Prize winner and a previous staff reporter at the Wall Street Journal. So when she talks, I listen.

She told me that she is working on an article about loneliness, which scientists tell us is a very serious and epidemic problem.

Why, in an era when technology makes it so easy to connect, we should feel increasingly alone is not clearly understood.

Rochelle asked me if had heard about "The People Walker" in Los Angeles.

So as soon as I got home, I googled it. Turns out the people walking idea was already getting press in 2016. An article in The Guardian described how an aspiring actor came up with the idea.

Coming soon to an urban center near you... 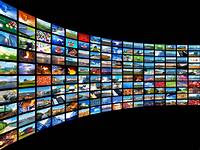 Do you remember reading "Highlights for Kids"?

Maybe in your dentist's or pediatrician's office?

Would you think it still existed in 2019?

Would you think it's still relevant in our digital world?

Would you think it is one of the most ethical companies in America?

Would you think it is run by 4 generations of the same family?

Well, I didn't know any of the above.

Until I watched a warm blanket of a documentary, "44 pages."

Email ThisBlogThis!Share to TwitterShare to FacebookShare to Pinterest
Labels: 44 pages

Years ago, I found myself stranded in a remote Andean village for a number of days. There was no running water, no electricity and the villagers tilled the soil using Medieval tools.

One of the families in the village offered me food and lodging while I waited for the bus to come. By Western standards, these people were poor, yet I was amazed at their happiness and serenity.

I find myself thinking back to that experience as I watched "The Kindness Diaries", a wonderful documentary series on Netflix.

The series follows the journey of host Leon Logothetis as he travels the world with no money, choosing to rely entirely on the kindness of strangers for food, lodging and gasoline to fuel his motorcycle.

When Leon and his crew meet someone who touches their hearts, they reward them with a gift.

Every episode, I too am touched, and I cry.

Things I've learned from watching this program: True chicken soup for the soul. 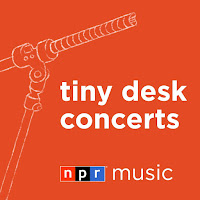 The Internet taketh away.

But sometimes it giveth big time.

Take NPR's Tiny Desk Concerts, "Intimate video performances, recorded live at the desk of All Songs Considered host Bob Boilen." Since 2008, a Who's Who of musicians and bands have performed them, from Adele to Chance The Rapper, from T-Pain to Yo-Yo Ma.

In 2015, the Tiny Desk people decide to launch a contest to find undiscovered talent. Contestants must submit a video showing them performing a song they have written while seated at a desk. Winners perform a Tiny Desk Concert.

In 2016, there were 6,000 entries and six judges unanimously selected Gaelynn Lea as the winner.

Yesterday, I accidentally came across her Tiny Desk Concert - I had never heard of her:


Within 10 seconds of clicking the link, I feel like I noticed 6 things simultaneously:

1. she is a little person
2. her limbs are askew
3. she plays the violin like a cello
4. her playing is amazing
5. her voice is amazing
6. the song she wrote, (Someday we'll linger in the sun,) is amazing.
7. I had never heard anything like it.

Food for the soul.