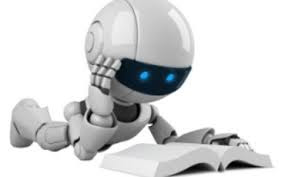 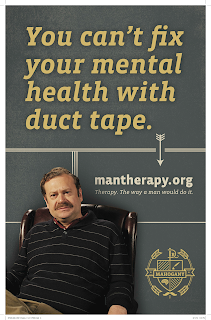 I am frequently asked what is typical utilization for an Employee Assistance Program (EAP).

And I answer "it depends."

Men have greater difficulty seeking help than women. It's a stereotype, but unfortunately true.

In 2006, the Colorado Department of Public Health and Environment decided to tackle the challenge of male suicide prevention. Cactus, a Denver based ad agency, offered to do some pro bono work and come up with a campaign that would reach working aged men who were potentially high risk for suicide and unlikely to seek help on their own.

Their brilliant idea? Man Therapy, an interactive mental health campaign targeting working age men (25-54) that employs humor to cut through stigma and tackle issues like depression, divorce and anxiety. The campaign features the fictional Dr. Rich Mahogany, described by Adam Newman in the New York Times as “an affable, mustachioed, middle-aged man whose personality might be described as Dr. Phil meets Ron Burgundy...” The underlying message is that all men should be aware of their mental health, treat it like they would a broken leg and strive to get better.

The centerpiece of the campaign is the ManTherapy.org website, where men and their loved ones will find they have a virtual appointment with Dr. Mahogany. He greets visitors, makes them feel at ease and then provides an overview of what they can explore during their visit.

From there, visitors can navigate through Dr. Mahogany’s office where they can find useful information about men’s mental health including the Guy’s Guide to Gentlemental Health. Men can also choose to take an 18-question quiz to evaluate their own mental health, access resources and explore a wide range of actions, including accessing do-it-yourself tips, seeking therapy referral sources, linking to local support groups or a crisis line.


I encourage you to explore every link on this innovative, entertaining website. The approach has been successfully exported to other countries and won countless awards. 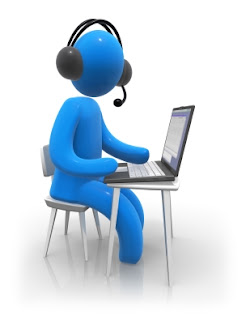 This past year, the New York State division of professional licensing announced that there would now be a continuing ed requirement for me to renew my license as a clinical social worker.

I immediately went on line to find out where and how I could acquire the requisite CEUs.

Most of the approved providers were outrageously expensive and inconvenient.

Now I was a little cautious because quite frankly the name "TZK seminars" accompanied by a very 90s looking, no frills website seemed sketchy.

In this case, do not judge the website by its landing page.

TZK is a super convenient, incredibly affordable, excellent resource to get CEUs via live and recorded (home study) webinars.

So far I have watched:

The Treatment of Hoarding Home Study

Understanding and Treating The Cybersexually Addicted

New Developments in Ethics and the Law

Being an Expert in Child Custody Cases.

All have been excellently taught and interesting.

I can get my CEUs without ever leaving my apartment.

I also like that TZK allows you to sign up for a live webinar at the very last minute - even 15 minutes before the program starts. I never know when I am going to have a block of time to get continuing ed and I love being able to squeeze in some learning whenever it suits me. TZK sends me a url where I can access the program, and I have the choice of calling in or using my computer to listen to the audio.

Other than watching the webinars, TZK requires a validation test after each program before emailing the certificate of attendance. 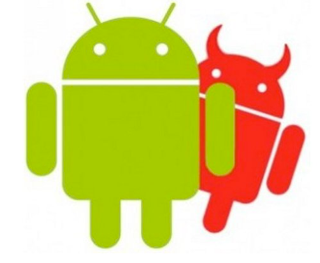 It stands to reason that if we have fake news, we can have fake apps.

And unfortunately, you can't assume that an app is safe to use just because it's listed in the Apple store or Google Play store. Fake apps pop up faster than our mobile services can get rid of them, so it is on users to perform due diligence.

Most of us rely on apps to help make our lives more convenient and more fun. (In fact, 85% of the time we spend on smartphones is on apps.)

I, for example, am hopelessly addicted to Fairway Solitaire, (download at your own peril.) However, app scams are on the rise. From Uber to banking apps to shopping apps, hackers are tricking smartphone users with fake apps.

“Just last week users were tricked by a ‘Coach’ app which promised 20 percent off bags,” says Karl Volkman, CTO of SRV, Inc. and tech trends expert. (Full disclosure, Karl sent me a press release with the info quoted in this blog post.)  “However, Coach actually doesn’t have an app at all.”

So how can you tell the difference between a fake app and a real app? Volkman says to look for the following things:

Be a grammar nazi. Check for incorrect spelling, poor grammar, or other signs that the app was not created by a professional organization.

Read the reviews. It’s important not to just zero in on a five-star score, especially as reviews can be easily faked. Instead, read the reviews and look for signs it may not be authentic. Again, check for excessively poor grammar/spelling, as well as over-the-top gushing about the app. If you are seeing nothing but rave reviews for a unheard of app, chances are that there something is amiss.

Talk to your tech buddies or people at the Genius bar. “Say, ‘Hey, have you ever heard of this app?’” suggests Volkman. “Ask around. For example, if the people in the Coach scam mentioned above had asked around about the Coach app, they might have learned that Coach does not even have a app.”

Look for the logos. Hackers will often mimic logos (such as that of Netflix, Coach, or Uber) and the results will look quite good…until you look a little deeper. Perhaps it is fuzzy, off-center, or otherwise poorly reproduced.

Check the developer’s profile. Who created the app? Look them up online if possible. A reputable developer should have a Google trail.

Then download Fairway Solitaire.
Posted by iWebU at 11:00 AM No comments: