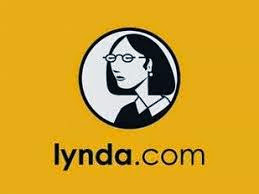 Quick, you've forgotten how to use Excel, you kind of stretched reality when you told your employer you know Photoshop, you want to start a blog on WordPress but don't have a clue where to start.

Where do you go?

Lynda.com. Lynda is there for you. Actually, Lynda has been there since 1995.

Sure you could try and find a free course on any number of sites. But you get what you pay for - Lynda's courses are professionally taught, with high quality production values.

So when it counts, that's where I go to master a skill.

Email ThisBlogThis!Share to TwitterShare to FacebookShare to Pinterest
Labels: Lynda.com 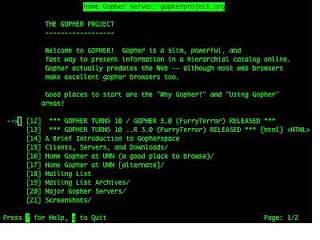 I have twins born in 1993, and I thought about them when I viewed "A Tour of the Internet in 1993" on the Mental Floss website.

Eric and Nina are only 20 years old, but in terms of technological progress, it's like a hundred years have passed.

This is what the kids will notice while watching the tour:

So children, take out your 5S model iPhones, and your circa 2012 MacBook Pros. Now look at them.

A moment of appreciation, please.

Email ThisBlogThis!Share to TwitterShare to FacebookShare to Pinterest
Labels: Internet 1993

What do Bill Gates, Oprah and Matt Lauer have in common?

They all took part in the ALS Ice Bucket Challenge.


The Challenge was an epic viral event that raised millions of dollars for ALS, (amyotrophic lateral sclerosis, commonly known as Lou Gehrig’s disease,) and involved 1.2 million posts on Facebook. It happened in a matter of weeks.

Like most successful viral videos, it cost the ALS Association zero dollars. The videos did, however, obey the rules I outlined in a previous iWebU post:

1. unexpectedness - this is the lightning in a bottle, something happens in a video that no one would expect.
2. a tastemaker - a person who is famous or influential talks, tweets or otherwise communicates about the video.
3. communities of participation - a large group of the tastemaker's followers tweets or posts the video to their friends and followers.

In case you have been living under a rock, this was the genesis of challenge: Pete Frates, a 29-year-old former college baseball player with ALS, came up with the idea, people make a video of themselves dumping a bucket of ice water on their heads, post it on Facebook, Instagram or other social media sites, and then challenge friends to do the same within 24 hours or donate $100 to ALS. (Many do both.)

Instead of having ice water poured on his head — “ice water and ALS are a bad mix,” he said on his Facebook page — he posted a video of himself bouncing his head to “Ice Ice Baby,” the 1989 hit by Vanilla Ice. He challenged some friends, and the stunt spread quickly through Boston circles, then across the web until a parade of boldfaced names joined in.

Now it's your turn.

I have spent the past 4 months binge watching Mad Men, House of Cards, Orange Is the New Black, and more.

How did I find the time to do this?

I didn't quit my job. Or decrease the amount of time I spend sleeping.

I am becoming illiterate. I need help.

Millennials don't angst over this type of problem.

Medium is a website brought to you by those guys who created Twitter. I'll let them explain it: "Medium is a new place on the Internet where people share ideas and stories that are longer than 140 characters and not just for friends."

For the person with a short attention span, Medium tells you up front how long it will take you to read one of their published stories. For example, a very interesting essay like "How to Know Everyone - a roadmap for professional relationship management" is supposed to take you 11 minutes. Honestly, these days I am mostly reading 2 minute stories.

But I feel less guilty. I read something.

Now for the person attempting to write a story, Medium is, quite frankly, a nightmare.

It has what the experts at Web Sites that Suck call "Mystery Meat Navigation."

As I quickly discovered, Medium's minimalist interface is, well, so minimal that you could spend hours on the site trying to figuring out how to do just about anything.

I dare you to figure out:
Don't think for a minute that I am alone in my perplexity. The FAQ section of Medium, is full of missives from angry, desperate and confused users of the site begging for direction.

I would direct you there but I can't remember how.

Email ThisBlogThis!Share to TwitterShare to FacebookShare to Pinterest
Labels: medium.com 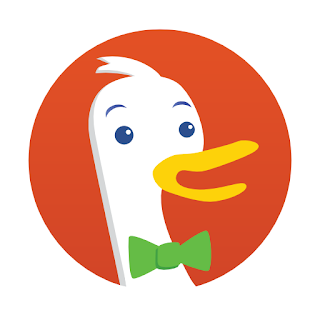 Every now and then I run across someone's curated list of useful websites.

A couple of months ago I found the most excellent "70 of the most useful websites on the Internet."

Here are some of my picks from that list:

unlistmy.info - Find out which top online sites store data about you, and tell them to unlist your info.

nophonetrees.com - how silly of me, when I call a company, I want to speak to a person. This website tells you how to do that.

shouldIremoveit.com - is your PC running slow? Time to remove the unwanted programs that have been accumulating on your machine. But you haave to do it carefully...

woorank.com - how can you improve the visibility and Google ranking of your website? Woorank will tell you how.

duckduckgo.com - as concerns about Internet privacy ramp up, you might want to switch to this search engine, which promises not to track you.

joinme.com promises simpler online meetings with screen sharing. They have a free trial.

printfriendly.com - sometimes I am on a web page and I want to print it. Then I found out that I can't. This website solves that problem.

Send it to me and maybe I will blog about it.