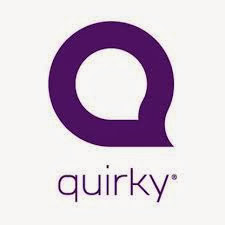 Way back in 2010, I wrote a blog about the up coming importance of Crowd Accelerated Innovation, AKA crowdsourcing.

Simply stated, crowdsourcing is the concept that a large group of regular people can come up with very great ideas, and thanks to modern Internet technology,  rapidly impact and change the world.

Back in 2009, a 23 year old ran with that concept, and founded New York City based Quirky.

Entertainment aside, there is some creative genius out there. Here is a more serious explanation:


Any of Quirky’s community members can become an inventor or person of influence by submitting ideas and helping to determine which products Quirky will design, manufacture, and sell. Inventors who submit ideas that are then created and people who contribute to those ideas share in royalties based on product sales.

The company solicits ideas for new products via Quirky.com and its iPhone app. Once an idea is submitted, the Quirky community vets it, praises it, critiques it, and votes for their favorites, many of which will eventually be made by the Quirky design team and sold online and in stores.

When determining which products to make, Quirky considers factors such as uniqueness, manufacturing complexity, and intellectual property rights, yet they are committed to working on ideas both big and small that make life better. Submitted ideas are voted on by the Quirky community, as well as by employees of the company at Eval, Quirky’s live webcast that is broadcast live at Quirky.com/live every Thursday evening at 7pm EST, where new inventors are crowned.

Some of Quirky's amazing products can be viewed in their shop.

Everything about Quirky is disruptive.

Email ThisBlogThis!Share to TwitterShare to FacebookShare to Pinterest
Labels: Quirky 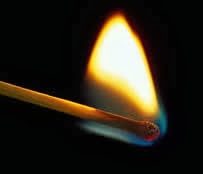 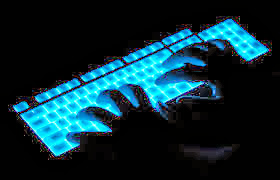 In the beginning of the Internet age, a "hacker" was someone who sought to exploit the weaknesses of a computer network.

However, in time, the term "hacker" came to mean other things. I like the definition as it describes a person who combines excellence, playfulness, cleverness and exploration in performed activities.

And I like a blog called Lifehacker. Founded in 2005 by Gina Trapani, it cover a wide range of tech related topics, as well as general life tips and tricks. The Lifehacker motto is "Tips and downloads for getting things done."

It is one of those sites that you can count on to teach you something new and entertain.

Here are some typical posts: I like the concept that everyday life can be mastered.

Email ThisBlogThis!Share to TwitterShare to FacebookShare to Pinterest
Labels: Lifehacker 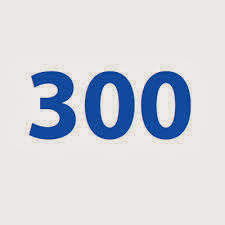 When it comes to technology, that's a very long time ago.

Consider that the iPhone was first introduced mid-2007 and the iPad made its debut in 2010.

For this august occasion, I decided to revisit the past, and select the most significant post I wrote from each of the years 2008 through 2013. I targeted posts that ended up accurately predicting the most important tech innovations of the present and near future.

2008: That was easy! Web Secret #32: Web 2.0. In that post, I introduced my audience of mental health professionals to social media. I urged them to:
Now in 2014, we know that social media has had a major, disruptive impact on our work, our communication and our personal lives.

2009: Web Secret #67: Everything Is Virtual. In this post I told my audience that an increasingly sophisticated virtual world would lead to an explosion in virtual activity. I talked about the advent of 3-D TV and virtual currencies (Bitcoin anyone?) Everything I predicted has come to pass - already, for the most part, ahead of schedule.

2010: Web Secret #88: the iGeneration. In this post I talked about the Millenial Generation, who are beginning to enter the work force and their unique relationship with technology. I highlighted some of the characteristics of these young people, notably:
It is now 2014, and as I look around the older generations (Boomers, X, even Greatest,) we have become more like the Millenials. The technology that was important to them has become important to us. We had no choice - if we wanted to connect to them, we had to learn about Facebook, Twitter, and more. We had to learn how to text. We also enjoyed "Angry Birds." We jumped in. My 90 year old mother uses e-mail and orders her groceries online.

2011: Web Secret #141: Dunbar's Number. In 1992, long before the advent of social media, British anthropologist Robin Dunbar hypothesized that there is a cognitive limit to the number of people with whom one can maintain stable social relationships. By stable, he meant relationships in which an individual knows who each person is, and how each person relates to every other person. Though Dunbar did not assign a precise value to the number, (it lies between 100 and 230), the commonly used value is 150. So 150 is referred to as Dunbar's Number. Well surprise, surprise, on average, most people have 150 Twitter followers, 150 friends on Facebook, etc. And as it turns out, for most professionals, Dunbar's 150 strong ties will do just fine. A handful of key colleagues are usually more instrumental in getting referrals, speaking gigs, or even a new job, than hundreds of random "friends."

2013: Web Secret #274: The Power of One. Here are three important facts about the impact of technology on the world we live in:
A lone individual can have a huge impact on others.

I'm scared and excited about what will happen between now and then.