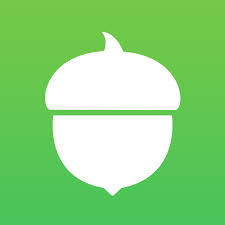 Our elders used to throw their extra pennies into a coffee can. Once the receptacle was full, it paid for small luxuries or a rainy day emergency.

What is the 21st century version of that coffee can?

Acorns, a smartphone app built for exactly that purpose.

Acorns was designed to help people, especially first-time investors, get started in investing with small automated investments into a portfolio of exchange-traded funds, or ETFs, that the company selects and balances. Users link their bank accounts to the app, which then automatically rounds up the cost of all transactions to the nearest dollar, withdraws that spare change and invests it. For example, if you buy a coffee for $2.40, Acorns will take an extra 60 cents and invest it in an exchange-traded fund.

Not sure you get it? Watch the video:


Setting this up is a snap and takes only a few minutes.

Email ThisBlogThis!Share to TwitterShare to FacebookShare to Pinterest
Labels: Acorns 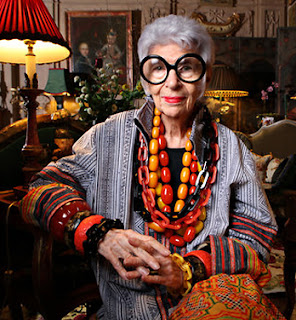 Next year I am going to have a major birthday.

So major I can't say it out loud, let alone write it in this post.

Just use your imagination.

I am preemptively FREAKING out.

I watched "Advanced Style" on Netflix.

And I felt much better.

You see many people fear advancing age. They worry that they will be marginalized, unemployed, infirm, unattractive.

Me, I am shallow. I worry about not being cool.

And Advanced Style - which started as an equally wonderful blog - reassured me that I don't have to worry.

The brain child of blogger Ari Seth Cohen, it chronicles the stylish get-ups of a crowd that’s largely ignored by the fashion system - people over 50.

In the process of watching the movie and reading the blog I was elevated.

And you will be too.

Even if you don't have a major birthday coming up. 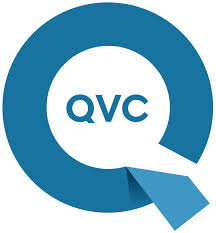 QVC was founded in 1986, but I didn't find out about it until the early 90s. A young husband came to the EAP I worked for. Presenting problem: since their baby was stillborn, all his wife did was watch QVC 24/7.

So I had to check it out. At that time, QVC consisted of a variety of hosts hawking cheap goods for hours on end. Periodically, some hayseed from the Midwest would call in to express delight over these tacky items. There was a droning, pacifying quality to all of this. But it was not for me.

Recently, however, I was home recovering from surgery and had some time on my hands. I happened to turn on QVC and discovered that 95% of the tackiness is gone. The channel sells quality brands like Dooney & Bourke, Cannon, Clarks, Givenchy lipstick, KitchenAid, and much much more.

Email ThisBlogThis!Share to TwitterShare to FacebookShare to Pinterest
Labels: QVC 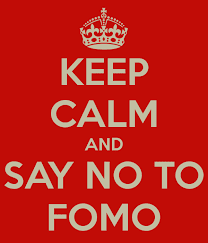 Fear of Missing Out (FOMO).

I don't know when this concept crept into my brain.

The acronym was added to the Oxford English Dictionary in 2013.

This is the OED definition: "Anxiety that an exciting or interesting event may currently be happening elsewhere, often aroused by posts seen on a social media website."

For me FOMO goes way beyond that definition. I fear missing out on knowledge, plays, articles, movies, books, scientific breakthroughs and more. Everything is tantalizingly at my finger tips - one link away. But I can't read it all, learn it all, experience it all. I barricade myself against websites, apps, people that I have no time for.

I am like a person who lived under Communist rule shopping in an American supermarket for the first time.

Fast forward to the present, Pandora's box has been opened, we have been kicked out of Eden, we know we are missing out. All the time.

Now, live with it.

Email ThisBlogThis!Share to TwitterShare to FacebookShare to Pinterest
Labels: FOMO 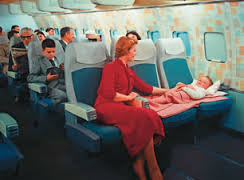