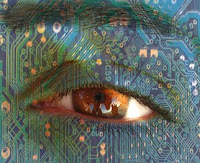 This is what I observe when my 20 year old is home from college: As befits her generation - she is in constant communication with her peer group. She does this primarily via text message - sending thousands a month.

As befits their generation, my 16 year old twins are in constant communication with their peer group. They do this primarily via video chat. For hours. Until I tell them to stop.They are different.

Kudos to the New York Times' Brad Stone for elaborating on that observation and writing a thought provoking article "The Children of Cyberspace".

According to Stone, researchers are theorizing that:

"the ever-accelerating pace of technological change may be minting a series of mini-generation gaps, with each group of children uniquely influenced by the tech tools available in their formative stages of development. 'People two, three or four years apart are having completely different experiences with technology...College students scratch their heads at what their high school siblings are doing... It has sped up generational differences.'”

These same researchers are beginning to draw a distinction between the Net Generation, born in the 1980s (my daughter), and the iGeneration (my twins), born in the ’90s and this decade.

Now in their 20s, those in the Net Generation, spend two hours a day talking on the phone and still use e-mail frequently. The iGeneration — conceivably their younger siblings — spends considerably more time video chatting than talking on the phone, and tends to communicate more over instant-messenger networks.

This is true - I can e-mail my twenty year old, and she will respond. On the other hand, if I e-mail the twins...well let's just say that's a total waste of time. I recently had the opportunity to inspect my twin daughter's new mail folder, and it contained about one hundred unread messages.

Other iGeneration traits: How scary is that? Or not.

Email ThisBlogThis!Share to TwitterShare to FacebookShare to Pinterest
Labels: iGeneration