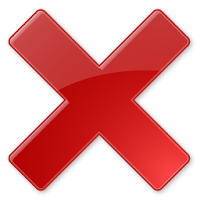 The Internet records everything and forgets nothing. Every online photo, Facebook status update, Twitter post and blog entry by and about us can be stored forever. Cool, right?

Over the summer, I missed an important NY Times article on this very subject. So important, that I will now quote from it at length:

Four years ago, Stacy Snyder, then a 25-year-old teacher in training ..., posted a photo on her MySpace page that showed her at a party wearing a pirate hat and drinking from a plastic cup, with the caption “Drunken Pirate.” After discovering the page, her supervisor ... told her the photo was “unprofessional,” and the dean of [the university], where Snyder was enrolled, said she was promoting drinking in virtual view of her under-age students. As a result, days before Snyder’s scheduled graduation, the university denied her a teaching degree. Snyder sued, arguing that the university had violated her First Amendment rights by penalizing her for her (perfectly legal) after-hours behavior. But in 2008, a federal district judge rejected the claim, saying that because Snyder was a public employee ..., her “Drunken Pirate” post was not protected speech.

...The problem she faced is only one example of a challenge that, ..., is confronting millions of people around the globe: how best to live our lives in a world where the Internet records everything and forgets nothing...

Well I have some succinct advice for everyone out there in cyberland. Until the legal system catches up with Internet technology - and who knows when and if that will happen - shut up.

Seriously, and I don't mean to be rude - I expect Gen Y to be clueless about not disclosing every iota of their personal lives on Facebook - but my observation is that pretty much everyone is saying too much, showing too much and sharing too much.

So watch what you say; it can come back to haunt you.

Email ThisBlogThis!Share to TwitterShare to FacebookShare to Pinterest
Labels: shut up