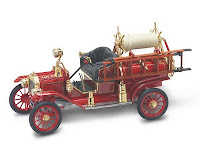 We are living in an era of disruptive technology.

The term was coined by Clayton M. Christensen in his 1995 article "Disruptive Technologies: Catching the Wave."

The classic example is the Ford Model T.

What's it to you?

Well, when Mr. Christensen wrote his article, the thinking was that disruptive technology would take a few years, maybe even decades to, well, disrupt.

But in the 21st century, that is no longer the case, is it?

Disruptive technology can happen in a few months, possibly even faster.

Fasten your seat belts, it's going to be a bumpy ride...