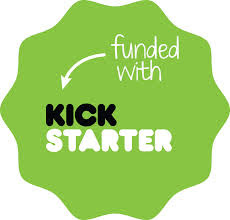 This blog post is guaranteed to make you smile.

Back in 2010, I introduced you to Crowd Accelerated Innovation, the concept of using the global reach and the speed of the Internet to bring about change.

The embodiment of this kind of innovation has to be Kickstarter. And you should know about it.


"Kickstarter is an American-based private for-profit company founded in 2009 that provides tools to raise funds for creative projects via crowd funding through its website. Kickstarter has funded a diverse array of endeavors, ranging from indie films, music, stage shows and comics to journalism, video games and food-related projects. People cannot invest in Kickstarter projects to make money. They can only back projects in exchange for a tangible reward or one-of-a-kind experience, like a personal note of thanks, custom T-shirts, dinner with an author, or initial production run of a new product."

Need some concrete examples? Here are some Kickstarter success stories from 2012:

A Kickstarter funded opera premiered at the Kennedy Center. (They asked for $10,000 and got it.)

From art, to urban renewal projects, to scientific innovation - people like you and me, are making them happen.

Are you smiling yet?

Email ThisBlogThis!Share to TwitterShare to FacebookShare to Pinterest
Labels: Kickstarter