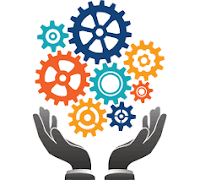 We have all heard the dire forecast: in about 10 years or so, half of the jobs in existence today will be automated.

It's more complicated than that explains James Manyika, a Director at the McKinsey Global Institute (MGI), in his recent article, "Workplace automation: Separating fiction from fact."

The article explains that - astoundingly - back in 1964, US President Lyndon Johnson created a national commission to examine the impact of automation on the economy and employment. At that time, LBJ pointed out that automation should be viewed as an ally, not an enemy:

“If we understand it, if we plan for it, if we apply it well, automation will not be a job destroyer or a family displaced. Instead, it can remove dullness from the work of man and provide him with more than man has ever had before.”

Hard to be that optimistic a half century later, because technology has advanced at breakneck speed. Manyika writes: "...who back then could have imagined the legions of robots at work today in manufacturing... Machines today increasingly match or outperform human performance in a range of work activities, including ones requiring cognitive capabilities....Will robots replace humans in the workplace? And if so, how quickly?"

Manyika proceeds to quote from a recently published McKinsey Global Institute report on automation and its potential effects on productivity and the global economy.

Among the findings, "...almost half the activities we pay people about $15 trillion in wages to do in the global economy have the potential to be automated using currently demonstrated technology."

Scary, but there is a twist. "More jobs will change than will be automated away in the short to medium term. Only a small proportion of all occupations, about 5%, can be automated entirely using these demonstrated technologies over the coming decade..."

Manyika adds: "As companies deploy automation, we ... need to think more about mass redeployment rather than unemployment, and also ... think about people working alongside machines and the skills that will be needed for the workforce of today and tomorrow... They include capabilities that are inherently human, including managing and developing people, and social and emotional reasoning.

He concludes: "Just because the technical potential to automate a workplace activity exists does not mean that it will happen anytime soon...The pace and extent of automation will depend on a range of factors of which technical feasibility is only one—and there are still some important barriers to overcome, including the ability of computers to generate and understand natural language. Other factors include the dynamics of labor supply and demand. If there is no shortage in the labor market of cooks, it may not make business sense to replace them with an expensive machine."

Turns out that for the near future at least, humans are tech proof.