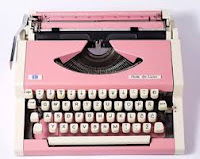 F. Scott Fitzgerald famously said: "The test of a first-rate intelligence is the ability to hold two opposed ideas in mind at the same time and still retain the ability to function."

So right this minute, and just for the hell of it, half of me wants to throw my laptop out the window and join the "Typewriter Insurgency."

You see, back in 2012, Richard Polt decided he was fed up with our digital world, and he wrote a brief manifesto in his blog:

"We assert our right to resist the Paradigm, to rebel against the Information Regime, to escape the Data Stream.

We strike a blow for self-reliance, privacy and coherence against dependency, surveillance, and disintegration.

We affirm the written word and written thought against
multimedia, multitasking, and the meme.

We choose the real over representation,
the physical over the digital,
the durable over the unsustainable,
the self-sufficient over the efficient."

Polt believes in the typewriter.

His manifesto has led to a book, "The Typewriter Revolution," (a typist's companion for the 21st century.) And to being featured in a documentary "California Typewriter," "a portrait of artists, writers, and collectors who remain steadfastly loyal to the typewriter as a tool and muse."

It almost makes me want to buy one.

And then I remember:

1. Typing is not compatible with manicures

3. They break and require schlepping to the repair store - see number 2

I am not ready to move to that cabin in the woods.