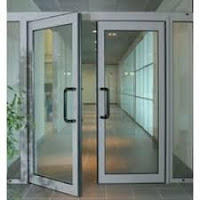 Are you looking for a job?

I remember looking for my first job about 300 years ago.

It involved looking at the New York Times "help wanted" section. Circling the jobs I was interested with a highlighter, then cutting them out with a scissors and pasting them in a notebook so I could remember which ones I had applied to.

Then typing a cover letter and a resume and mailing it out. In an envelope. With a stamp.

Then waiting for a phone call.

If you were lucky, you had an answering machine - a clunky device with a cassette tape.

In 2008, Glassdoor launched itself as a site that “collects company reviews and real salaries from employees of large companies and displays them anonymously for all members to see.”

If you weren't in the job market, it was fun to read the disgruntled eviscerating an assortment of Fortune 500 corporations.

If you were job hunting, it was useful to get a sense of these big companies.

Today, Glassdoor has evolved into one stop shopping for employment seekers - it not only provides reviews, but salary information, interview tip, and a job board.

Email ThisBlogThis!Share to TwitterShare to FacebookShare to Pinterest
Labels: glassdoor.com