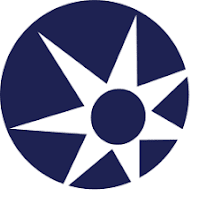 I come from a line of Trivia lovers.

Before the Internet, my father could rattle off the names of all the supporting actors in Casablanca.

As a seven year old, I enjoyed reading the 16 volume Golden Book Encyclopedia from A to Z. I also absorbed a thick book that describes everything notable that happened in 1953. I know more about 1953 than any other year of my life.

My love of useless info as continued since then.

So I was beyond thrilled when Marc, my perennial Words With Friends opponent, nominated me for the Learned League, AKA "The coolest, weirdest Internet community you’ll never be able to join."

As one article explained:

"Visiting the desktop-only, confusing-to-navigate website on which it lives is a little like time-traveling to Y2K. Text is small and dense; there are no graphics beyond a generic-looking logo and the tiny flags that players are required to use as avatars. More important, there’s basically nothing at stake: There are no prizes of any kind, and when you join (by referral only...), you’re placed into a group of about 20 random competitors...although everyone, across every “rundle,” as the groups are called, answers the same six questions each day of each 25-day quarterly season..."

There is a twist: In addition to playing offense (by trying to guess the right answer), contestants also play defense by assigning points — 0 through 3 — which their opponent will win by answering that question correctly. A winning approach awards your opponent 0 for an easy question and 3 for the most obscure one.

Things I hate about Learned League:
Fortunately my friend Marc told me how to play and not lose your mind: "I can only answer on average 2 out of the 6 questions. I spend a max of 10 minutes a day on this. You either know the answer or you don't."

I've done well. I've been ranked as high as second in my rundle and as low as 6th. Currently I'm in 4th place.

But really, I do it for the beautifully crafted trivia questions:

"What cultural and artistic movement was founded in the 1920s by French writer André Breton and defined in his 1924 "Manifesto," in which he laid out the nonconformist and unconscious—and at times absurdist—method by which art is created in the movement, with absence of reason or aesthetic concern?"