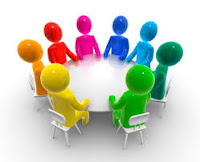 Pay attention, people!
Posted by iWebU at 11:00 AM