Web Secret 580: Comeback of the Century 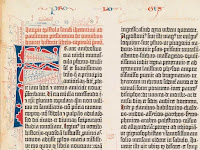 I read a surprising Op-Ed in the New York Times by frequent contributor Timothy Egan. It was titled: "The Comeback of the Century - Why the book endures, even in an era of disposable digital culture."

I thought you should read it too, abridged as usual:

In the digital age, the printed book has experienced more than its share of obituaries. Among the most dismissive was one from Steve Jobs, who said in 2008, “It doesn’t matter how good or bad the product is, the fact is that people don’t read anymore.”

True, nearly one in four adults in this country has not read a book in the last year. But the book...is back. Defying all death notices, sales of printed books continue to rise to new highs, as do the number of independent stores stocked with these voices between covers, even as sales of electronic versions are declining.

Nearly three times as many Americans read a book of history in 2017 as watched the first episode of the final season of “Game of Thrones.”

So, even with a president who is ahistoric, borderline literate and would fail a sixth-grade reading comprehension test, something wonderful and unexpected is happening in the language arts. When the dominant culture goes low, the saviors of our senses go high.

Storytelling, Steve Jobs may have forgotten, will never die. And the best format for grand and sweeping narratives remains one of the oldest and most durable.

But also, at a time when more than a third of the people in the United States and Britain say their cellphones are having a negative effect on their health and well-being, a clunky old printed book is a welcome antidote.

When people go on a digital cleanse, detoxing from the poison of too much screen time, one of the first things they do is bury themselves in a book — that is, one to have and to hold, to remind the senses of touching “Pat the Bunny” in infancy, a book to chew on.

“I think it’s somewhat analogous to what happened with food,” said Rick Simonson, longtime buyer at the Elliott Bay Book Company in Seattle. “We came of age when the commercial messages about food were all to make it instant. Now look at how food has changed ‘back’ — the freshness, the health aspect, the various factors like community.”

While our attention span has shrunk, while extremists’ shouting in ALL-CAPS can pass for an exchange of ideas, while our president uses his bully pulpit as a bullhorn for bigotry and ignorance, the story of our times is also something else. It’s there in the quieter reaches, in pages of passion and prose of an ancient technology.

I have nothing to add.

Email ThisBlogThis!Share to TwitterShare to FacebookShare to Pinterest
Labels: books