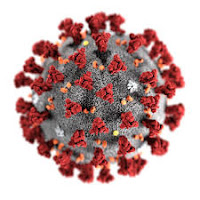 Readers of this blog know that I have featured a guest post less than a handful of times.

I'm going to do it again this week, because so very little has been written about the changes in the USA once the curve is flattened in our country. Full disclosure: the author is my son Eric and the article was published on Medium.com. You may or may not agree with his point of view, consider it a prompt to think about the future:

History is defined by a series of what I call “before and after moments”. These are the times when we collectively realize that there was a distinct difference between life before the event and after. Given I am already starting to forget what life was like before the quarantine, I think it is safe to say we are in one of those moments. However, it is important to not forget that there is an “after” part of the equation and although we are currently in an indefinite state of crisis, this too will pass. Right now, I think what people need and want is a vision of what the world looks like once this is over. Here are five ideas for what we could do next.

1) The Western world needs to adopt Asian facemask customs I lived in South Korea in 2015 and was struck by the normalization of wearing facemasks. I finally asked my landlord why people wore them and he explained that it was because they were not feeling well, so the polite thing to do is wear a mask. The dramatic urbanization (and the density that comes with it) that occured in Asia over the last 40 years, paired with the collectivist nature of their societies have created cultures, which based off of the current data, are better at “flattening the curve” than Western nations.

If we have to choose between an interconnected civilization with fairly free movement of people between nations and wearing a mask when we get sick...I think we know what choice we should make.

Let’s be very clear about something. What allowed for COVID 19 to become a global pandemic was the suppression and cover up of the virus by the Chinese Communist Party. Not the Chinese population, not Chinese Americans...the CCP. Had the Chinese government acknowledged, addressed and collaborated internationally...this simply would not have happened. I am not going to comment on the various responses by different governments around the world to this crisis because we will collectively learn from this experience (until 100 years from now when we lose that institutional memory).

Ever since China’s entrance into the WTO, the collective West has piggy backed on the explosive growth of the Chinese economy because they had the now obviously false belief that their political system would liberalize alongside wealth creation. Now, China has become such a global force that the EU is now seriously considering embracing Chinese global leadership, despite their clear unwillingness to be honest with the international community (this includes insidious economic practices), an abysmal human rights record and a fundamentally different system of morality. One must ask themselves, when are we (the citizenry and elected officials of the “Free World”) going to stop the Chamberlin-like appeasement of the most dangerous organized entity in the face of the planet? What could have been prevented if the world intervened when Nazi Germany invaded Poland in 1939? This is our moment to unify around this collective experience and hold the responsible party accountable.

3) We have proven that we are willing to dramatically change our lifestyles to address challenges...so let’s actually address climate change I write to you from NYC and I must tell you how amazed I have been by the willingness of the most individualistic people in the world to make a shared sacrifice for the common good. Barring those spring breakers who should be air dropped into North Korea, the governments and citizens of the world have made drastic changes to their lives, in order to help end this pandemic.

The shift in lifestyle that would be required to address climate change pales in comparison. I am not talking about a “Green New Deal”, but a consumer led transformation of the economy toward sustainable capitalism. You can go to bars and restaurants, but make sure to use a metal straw and manage your red meat intake. You can use modern appliances, but be prepared to sacrifice a few Uber rides, so that you can pay for the adoption of renewable energy. Want a new look? Totally fine, but maybe try to go to a thrift store and donate your leftover clothing to those in need. Want to hang with your friends? Volunteer as a group for the Trillion Trees Initiative and build the carbon sink necessary to solve this challenge.

We have been talking about the corrosive nature of social media use and the alienation that comes from not engaging with the analogue world. I am sure many companies will move to a partial or total work-from-home model and commercial real estate will take a hit (huge opportunity for those who figure out what to do with all that extra space - I liked how Faraday Futures thought about cars) once this is over. However, I think social distancing and the failure of the digital world to satisfy our human needs for connection have proven that we need to find a new normal, with respect to our technology usage.

I have no suggestions here, but please share yours in the comments section.

5) We need to acknowledge the success of science, modernity and capitalism and stop thinking the world is about to end

Let’s be honest about how people in the advanced world have lived through this once every-hundred-years pandemic. Most of us have spent this quarantine watching unlimited amounts of entertainment, eating food from our unnecessarily stocked fridge, while laughing at memes about the idiots who are hoarding toilet paper. If this is what becomes of the advanced world during a global pandemic, then we ought to admit a few things:

1) The Age of Enlightenment and the scientific revolution that followed it, have created societies of material and cognitive abundance. It is also what will allow for the cessation of this crisis.

2) Capitalism has its faults and those should be addressed, but it is the system that has continued to refill big-box stores and supermarkets that have been the target of panicked consumers. It is also the system that will allow for us to reemerge from this crisis in the most efficient manner possible.

3) If this global pandemic didn’t end the world, Donald Trump or Bernie Sanders won’t either. Regardless of your political positions, the advanced world is as resilient as it is affluent. There are only two things that can existentially threaten it

- Irrational fear and distrust of those that you disagree with

On that second point, we really must bring back two concepts that used to be the bedrock of our democracies. The first is the idea of the “Loyal Opposition”, which means that whatever party is not in power continues to work with the elected government and not consistently try to delegitimize or cause it to fail. There are signs of this emerging because of this crisis, so let’s pressure our elected officials to continue to build on this good will. The second is the assumption of good intent. Anyone who thinks that Donald Trump or Bernie Sanders wakes up in the morning with the intent on making America a worse place to live is being irrational. These two men entered politics to address the grievances of a specific electorate (actually there is a lot of overlap of constituencies, which says a lot about the problems faced) and should be met with criticism, indeed that is necessary for democracy to function. However, the idea that they seek to actively destroy US democracy is something there really is no evidence for and our constitution and the fifth estate are more than capable of preventing from happening.

There was the world before this moment and there will be a world after it. The question is...what does that world look like?

Email ThisBlogThis!Share to TwitterShare to FacebookShare to Pinterest
Labels: Covid - 19