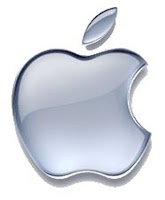 Well it finally happened - my 5 year old decrepit Dell Laptop flatlined. No tech CPR, no shamanic rituals, nothing could make it function again.

Within two hours of the fatality, I was home with the laptop of my dreams, a 13 inch MacBook Pro. I was leaving the PC world, for a better alternate universe. For those of you who are thinking about making the leap to Apple, I give you a recap of my experience: the good, the bad and the ugly.

1. Macs are just better constructed, more reliable machines. How do I know this? I am the tech support staff at my house. This means that when anyone (my spouse, my three kids) has any kind of problem with their computers, they don't call the Geek Squad, they call me. When my kids had PCs, I was called at least once a week. There was always something I had to fix: a virus, a weird error message, some print driver failure, etc. Since my kids all moved to a Mac environment over two years ago, I have NEVER had to fix ANYTHING. I mean NEVER. And this despite the fact that two of them mercilessly abuse their laptops - dropping cookie crumbs on the keyboard, allowing the cat to shed on them, and keeping them on, connected to Facebook, 24/7. Yes, Macs are more expensive - guess what - you more than get what you pay for.

2. When you buy a Mac, have a question about a Mac, need to fix a Mac - you get to speak to, physically meet with, an ACTUAL HUMAN BEING. For real.

3. Macs play nicely with other hardware. After I brought my Mac home, I had an anxiety attack. I had 4 peripherals that I needed to connect to the laptop: I had visions of spending hours downloading drivers to make all of this function. Well no kidding, I plugged everything in and 5 seconds later, EVERYTHING worked.

4. Macs play nicely with other software. I thought I would have to use Mac's Boot Camp program to run some of my PC apps. This would create a parallel windows universe, and I would have to shut down and reboot, each time I wanted to run those programs. But actually, I was able to install all of those programs in the regular Mac environment - and never even had to use Boot Camp.

I take responsibility for the bad. I had used my kids' Macs to surf the net and watch YouTube videos. I assumed that made me an expert. WRONG. Now that I was using a Mac for work, there was a learning curve, even for MOI. By the way - my kids were quasi useless, because using a Mac to do homework doesn't mean they can help you with work applications. I had to concede that I needed help. Fortunately, Alex, the brains behind the MyPhone Desktop iPhone App, made a house call and had me up and running in a matter of 4 hours. I strongly urge you to find your own Alex if you are going to be using your Mac for work.

I'm joking - there is no ugly. My MacBook Pro is beautiful. It runs at warp speed. I downloaded Microsoft Office and it functions seamlessly with all of my old pre Mac documents. I am madly in love with it.

PS In addition to Alex and the Academy, I would like to thank the wonderful folks at DropBox. If I hadn't backed up EVERYTHING in my DropBox folder I would have been really f***ed.

As it was, I booted up my Mac, logged on to DropBox.com via Safari, and dragged and dropped all of my saved folders onto the Mac. And that was that. I had all my stuff on my new machine, ready to go.