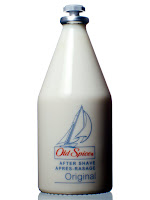 Social networking provides vast opportunities for professionals to showcase their work, connect with clients and colleagues, and track industry leaders. Even so, according to a recent survey that polled over 700 workers, only 16 percent said that social networking has benefitted their professional lives.

Of employees using social media for business purposes; nearly half said they used it to access thought leadership, 33 percent to connect with peers and colleagues and 19 percent to showcase themselves or their companies.

Ironically, America's largest corporations are the biggest and most successful adopters of social media. Just check out Starbucks in any of their 11 social media channels, or Zappos - the Twitter king.

Better yet, check out Old Spice's brilliant campaign on YouTube. For those of you who have been stuck in a state of suspended animation and missed this social media phenomenon, the makers of Old Spice deodorant realized that most of their product's buyers were women. So they made an ad geared towards the fairer sex. That was clever, but then they kicked it up a notch - they went on Twitter, and enthusiastic followers tweeted about the ad. Then came genius - seemingly in real time, Old Spice responded to the tweets with custom response ads on YouTube. The whole thing went viral, and the rest is history.

How is any of this - the survey and the Old Spice campaign - relevant to an individual practitioner or a small(er) business owner?

Well first of all, the survey shows that social media is still in its infancy and there is time for anyone to implement a social media campaign if they so desire.

Secondly, social media is inexpensive. Sure, the original Old Spice ad has state of the art special effects, and Isaiah Mustafa, a former pro football player. But, what got them over 100 MILLION views on YouTube wasn't the original ad - it was Twitter, and the subsequent mini videos that feature no special effects - just incredibly well crafted writing (OK and Isaiah who is incredibly hot.)

You just have to have a great idea.