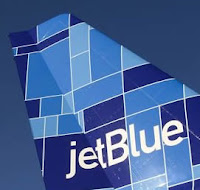 I am often asked to advise individual practitioners and organizations considering an initial foray into social media. They are often paralyzed and fearful. What if someone posts something negative or inappropriate about them - either on their Facebook or Twitter or maybe on someone else's social media channel? Then what?

I am an advocate of prudent use of social media - especially for medical and mental health practitioners who deal with extensive confidentiality, malpractice, encryption and other issues. But at this juncture, if you are going to interact with Gen Y and beyond, you must engage in the conversation.

Something else to remember - social media is a double edged sword - it can be used against you. But it is also a formidable weapon that you can wield on your behalf. Case in point:

If you were running a company and one of your employees went ballistic on a customer before loading up on booze and dramatically storming off, thus garnering national attention, what would you do? That's what happened to JetBlue when one of their flight attendants got into an altercation with a passenger, and self ejected himself from the plane after grabbing a few beers for companionship.

Not JetBLue. They used social media to fight back, with a clever blog post that prominently features a clip from Office Space, the cult movie about the humiliations and frustrations of work life. The post, titled, "Sometimes the weird news is about us..." begins:

"It wouldn't be fair for us to point out absurdities in other corners of the industry without acknowledging when it's about us. Well, this week's news certainly falls into that category. Perhaps you heard a little story about one of our flight attendants? While we can't discuss the details of what is an ongoing investigation, plenty of others have already formed opinions on the matter. Like, the entire Internet."

In taking this bold approach, they showed they are on top of the situation, unafraid, able to laugh at themselves. And to top it all off, they grabbed the opportunity to finish off this PR coup by ending with "we just want to take this space to recognize our 2,300 fantastic, awesome and professional Inflight Crewmembers for delivering the JetBlue Experience you've come to expect of us."