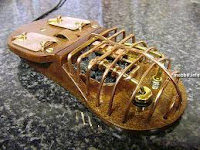 Recently, I watched a brilliant TEDIndia presentation on "6th Sense Technology." Basically, this genius guy created a wearable device that enables new interactions between the real world and a computer. He did this using the innards of two computer mice.