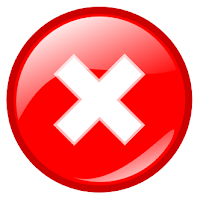 My college aged daughter called me the other day to ask for my advice. She had been offered two summer internships.

The first consisted of doing research and writing articles for the online edition of a prestigious magazine.

The second involved doing social media for an Internet start up, currently in sketchy "beta" phase of development.

I thought the following:

Prestigious magazines are folding right and left, but if this one doesn't, it would look nice on her resume. The Internet start up could turn into the next foursquare.com and a permanent job, or evaporate in a puff of smoke before the summer is out.

I didn't know what to tell her.

I started thinking about how difficult it is to predict which technologies are going to be successful, and how their success or failure is going to impact our world.

I watched Kathryn Schulz's TED talk "On Being Wrong". The talk's premise is that most of us will do anything to avoid being wrong. But what if we're wrong about that? Kathryn makes a compelling case for not just admitting but embracing our fallibility.

If you surf the net, you will see that there are hundreds of people making predictions about social media, what the next iPhone will look like, and whether our web encased children will be able to function in the "real world" when the time comes. Most of their predictions will be wrong.

Since everything is changing so fast, all of us are going to be wrong more often.

And we are going to have to be OK with that.
Posted by iWebU at 8:30 AM

Email ThisBlogThis!Share to TwitterShare to FacebookShare to Pinterest
Labels: Being wrong