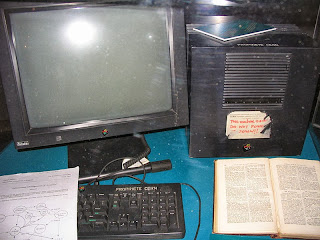 Tomorrow is Thanksgiving. I have a lot to be thankful for, and that includes the World Wide Web, which allows me to access the Internet.

In April 2013, we celebrated the 20th anniversary of the day CERN published a statement making World Wide Web technology available on a royalty-free basis - forever.

To mark the occasion, CERN brought the world's first website back to life. That was the start of a project to preserve as much about that first website, created by Tim Berners-Lee, as possible.

The project is called "The First Website" and its goals are not only to restore and preserve the hardware and software used to serve it up, but to also recreate the experience of visiting that first site twenty years ago.