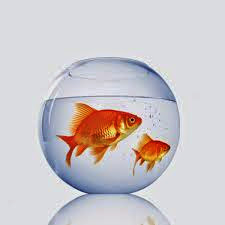 I have been writing this blog since 2008 and have featured only one guest post.

Today, I will do it again.

The Internet in general, and social media in particular, generate amazing amounts of crappy content. Sometimes it seems like there is a universe of cat videos, depressing clips of people doing dangerous and stupid stuff, and news that I would just as soon not know about. If you are looking for sad, evil, despicable evidence that humans are a sorry lot, then the web will reward you in spades.

However, when you least expect it, social media still has the ability to deliver a treasure. Something so beautiful and transcendent that you actually feel lucky to have lived long enough for technology to make this gift possible.

Such is "This is water," a commencement speech delivered in 2005 by author David Foster Wallace to the graduating class of Kenyon College. The speech didn't become widely known until 3 years later, after his tragic death by suicide. A video of an abridged version recently made it onto my Facebook page courtesy of Upworthy. I yield the floor to Mr. Wallace:


And when you're done watching the video, read the full transcript of the speech.

"I wish you way more than luck."

Email ThisBlogThis!Share to TwitterShare to FacebookShare to Pinterest
Labels: This is water