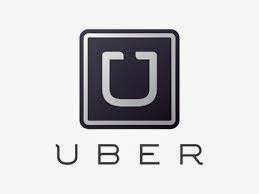 Sometime during the summer, my 20 year old son tried to tell me that "driverless cars are going to change the world."

I didn't pay close attention to what he was saying because:

a. I hadn't had my morning espresso and was somewhat comatose.
b. He is prone to making these kinds of sweeping statements.
c. Driverless cars, like colonizing Mars, seemed like something that was happening way down the pike, and therefore was completely irrelevant to my current, everyday life.

Well Eric, I owe you an apology.

You were right. Driverless cars are not happening in the distant future - they will enter our lives as early as 5-7 year from now. Even more conservative estimates predict driverless cars could go mainstream in about 10 to 15 years. But before that happens, something truly disruptive is already transforming our lives.

For those of you not living in an urban area, Über is an app that allows you to get a taxi, private car or rideshare from your mobile phone.

Convenient, but nothing special, right?

In June of 2014, the Wall Street Journal announced that Über had been valued at $18.2 billion.

What did I miss?

In an article for The Information, (a publication for professionals who want the inside scoop on tech news/trends,) Sam Lessin wrote "The Über Effect on the Property Market," noting:

"Real estate is one of the few industries in the world that’s bigger than transportation. But in the coming decades, companies like Über...eventually super-charged by self-driving cars - are likely to change living patterns and upend property markets in ways that we’ve only begun to understand.

The most interesting thing to me is that the shift is already beginning to happen in some urban areas, and I expect that residential and commercial real estate values are going to start adjusting much faster than people expect."

Ironically, I am a poster child for the above. In mid-2012, I relocated to Long Island City (aka LIC,) a Queens neighborhood which used to be a warehouse and factory area. I cheerfully moved into a beautiful, loft apartment with epic views of the Manhattan skyline. My rent was laughable compared to a similar Manhattan space.

Well you do get what you pay for. There was, and still is, very little infrastructure in LIC. You have to drive to get to a nearby supermarket or drugstore. I started to think that we might have to move somewhere else when our lease was up. But then within a few months of our move, Über expanded into my area, making it possible for all of us to get a car in a matter of minutes. When my children need to come back from late night week-end parties, they know they can get an Über, instead of taking possibly unsafe public transportation.

Eventually, Über will be everywhere. So it doesn't take a prescient genius to realize:

1. People are going to be able to live in areas that were undesirable due to poor infrastructure/transportation. It's already happening.
2. Those undesirable areas, won't be so undesirable anymore, and the property values will go up. It's already happening. Case in point, the rent on my apartment has gone up almost 25% in the two years since I moved here.
3. The automobile industry will be seriously impacted, because you won't need a car - especially in urban areas. Owning a car will become very expensive, perhaps a perk of wealth, much as it was when cars were first invented. This is coming.
4. All of the businesses that are dependent on the automobile will suffer: car insurance, gas stations, car washes, etc. This is coming.
5. This is coming: When the cars drive themselves, people will sit in them with their mobile devices and work. Commuting will be highly productive.

That is why Über is worth over $18 billion.

Change is happening much faster than we think and we all need to take a long view.