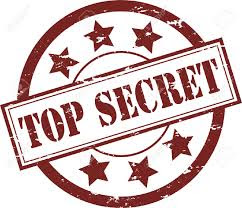 2012: Web Secret 200: Thank U Internet - as I wrote in April, 2012, the World Wide Web makes it possible for us to connect to friends and family members, past and present. I paid homage to my father, my grand-father and a great great-aunt, two of whom I never new. Therein lies one of the greatest powers of the Internet. Our future descendants will have a record of generations of ancestors, in online posts, videos, images and more.

2013: In September of 2013, I wrote Web Secret 274: The Power of One, pointing out key factors that make it possible for a single individual to wield great power and influence. How is that possible? Well forget 6 degrees of separation - today there is less than 5 degrees separating separating any two people on planet earth.

2014: Web Secret 309: "Tech Proof" - in May 2014, I pointed out that despite the fact that the world is changing at warp speed, there are parts of it that are "tech proof," a term I coined to describe those objects, activities, feelings or experiences that exist regardless of electronic technology. And defining those things that are tech proof is very important as it represents the essence of the human experience. What will psychotherapy be like in the year 2100? Think about what is tech proof about it - that is what will remain 100 years from now.

2015: Web Secret 356: What is it like to be here? - written in April 2015, I discussed a mind bending post, "The AI Revolution: The Road to Superintelligence" by Tim Urban. Tim begins the post with a quote "We are on the edge of change comparable to the rise of human life on Earth. — Vernor Vinge." He puts up a graph, showing a stick figure (that's you and me) standing next to a near vertical line symbolizing accelerating human progress. And he asks, "What is it like to be standing here?" It's freakin terrifying is what it is.

And important to understand.