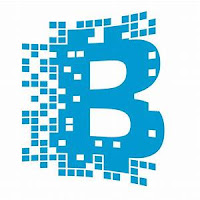 You don't know this, faithful readers, but for the past year I have been scouring the earth looking for a definition of block chain and cryptocurrency that I could share with you.

The definition would have to meet only criterion - that I would understand it.

Well that hasn't happened. However, several months ago my spouse passed along an article "The essential guide: blockchain, cryptocurrency and real estate" which sort of explain the topic so that I can sort of understand it.

Since I firmly believe everyone needs to sort of understand this, here is that explanation:

"Cryptocurrencies are digital currencies that are traded and exchanged over the internet, used to buy and sell goods, invest and build wealth. The “crypto” in their name comes from cryptography, the field of studying and enacting secure communications. Cryptocurrencies are designed to offer a secure method of trading and secure record-keeping of who traded what, when–using computer programming (though the “who” is often an obscure number).

The best-known and most widely used cryptocurrency is bitcoin, created in 2008... Bitcoin started with barely any value and has now created its own millionaires and billionaires. Due to the structure of the math equations underlying bitcoin, only 21 million bitcoin can ever be made — or “mined,” in bitcoin terms — which holds the currency’s value (already, the world has collectively mined most of the currency, over 80 percent).

Bitcoin also becomes harder to mine as more hits the market, requiring more time, more computing power, and more energy. Eventually, at some point if and when all of it is mined, the only way to acquire bitcoin will be by trading it.

There are a host of other cryptocurrencies as well, each with their own distinguishing features. Another you may have heard of is Ethereum.

Blockchain is the underlying technology that powers all of these cryptocurrencies. The name is fitting because it is literally an electronic chain of blocks of information, each block representing the latest transaction or many transactions, plus a record of the previous block, and the answer to a tough math equation.

A blockchain is a distributed, decentralized digital ledger where transactions are recorded. A blockchain exists not in any one place, but thanks to the internet, is spread out across multiple computers. Which computers? The ones being used by anyone who has made a transaction on the blockchain, from individuals to organizations. The system allows financial transactions to take place without a middleman, like a bank, which is how cryptocurrencies are traded.

“It’s a public ledger, first and foremost, and you can transact anywhere in the world without a middleman at a relatively cheap price compared to traditional avenues,” explained Josh Olszewicz, a cryptocurrency day trader.

There are multiple different blockchains each with their own cryptocurrencies being traded and transactions recorded. Additionally, many of the leading blockchains can host a potential infinite number of custom tokens on top of it as well. A blockchain stores all the information about cryptocurrency and token trades in chronological order, so you can go back and see the very first trades, as well as assigning numbers to each user of the blockchain, so you can see who owns what. The record of these trades can’t be altered or tampered with.

You sort of get it right?

I know - that isn't good enough.

If I find a more understandable explanation - I will share it with you.