What will we call the first decade of the 21st century?

But before we burst into the second decade of the 21st century with social media barrels firing, lets take a walk down memory lane and review the past 10 years worth of hardware and software miracles - as they were first introduced.

2001 - This is the first promotional video for the iPod. No iPod, no podcasts.

2002 - before MySpace, Facebook, and LinkedIn there was ... Friendster ... the first modern, general social network. It still exists.

2003 - Welcome to Facebook in a suit. LinkedIn, a business-oriented social networking site, is launched.

2005 - Ning, an online platform for people to create their own social networks is launched.

2006 - Twitter is launched. Here is an early CBS news report trying to explain what it is.

2007 - The iPhone is introduced. Watch the first four commercials. No smart phone, no apps.

2008 - Blogger is the top social media sites with 222 million unique worldwide visitors. This took less than 10 years to achieve. Here is what blogger looked like in 1999 when it was first launched.

How many of the technology/websites introduced over the past decade will still be in use in 2020?

Web Secret #81: Social Media - How Much Should You Use?

My friend DeeAnna Merz Nagel recently sent me a thought provoking blog post by social media guru Jeff Bulla, "How Many Social Media Channels Should Your Brand Be Using?"

To answer this burning question, Jeff points out that a big company like Starbucks uses 11 different social media "channels" (like Twitter, Facebook, blogging, etc.) and employs 6 staff on their social media team to make it happen.

He explains that all social media channels fall into 7 major categories:

2. Social Networking: eg Facebook. Building relationships online can be a big part of having a successful business. Social networking allows you to hang out with people that have similar interests to you.

3. Micro Blogging: Twitter.com is a combination of social networking and blogging. Building a large list of followers is a great way to meet people and increase traffic to your blog and websites.

4. Social Bookmarking: Directories such as Digg and Technorati serve as search engine bait for your blog posts and for new traffic from people who read your blog articles. Bookmarking a blog post is very easy to do and the rewards can definitely pay off.

5. Discussion Forums: One of the first forms of social media. Eg: listservs on Yahoo Groups.

6. Email Marketing: There has always been money in having a list.

Finally, he answers his own question "How Many Channels for your Brand?", with the following: "it is ... a matter of the resources that you have available, both in time and money to engage in Social Media effectively." He then recommends blogging.

Jeff, I agree with you, time is definitely a factor. I always tell my clients, "be honest with yourself - how much time do you REALLY have to blog, or tweet, or write on your Facebook wall?"

Money? I am not so sure. Social media is free. So dough is not necessarily a factor.

But expertise? That is the whole enchilada.

If you are burning to get involved in the blogosphere, find and read the best blogs in your field(s) of interest. Post your judicious and well thought out comments on these blogs.

Ask yourself:
You get my drift. You can have all the time in the world, but if you don't have the skill set, don't do it. And if you want to be involved in Twitter, you can always follow the people who are useful to your goals and retweet interesting stuff.

In fairness to Jeff, money can play a helpful role, because you can hire people to help you with your social media presence. If you have good content, but no writing skills, hire an editor to help you blog. Engage an expert to convert your thoughts and ideas into clever tweets. Get someone to help you with Facebook or LinkedIn. (Contrary to what you might think, do not hire a kid. Kids use Facebook to socialize - they have no clue how to use it for business purposes.)

Here is a helpful analogy. Thinking about renovating your kitchen? Do you have plumbing and electrical skills? No? Hire a contractor.

Use as much social media channels as you have time, money AND expertise. 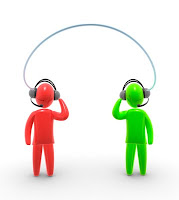 Then, at the 2008 World EAP (Employee Assistance Professionals) Conference, a presenter revealed that in India, 70% of all EAP counseling is delivered online. Because I have an aversion to being provincial, I decided to open my mind. And I learned that there are all kinds of reasons to embrace this new frontier which includes e-mail, chat, and video methods of service delivery.

Of course, it's not for everyone, nor is it suitable for every diagnosis. But consider this:If you answer yes to any of the above questions (and many other similar ones) - online counseling may be a solution for you.

But where to start?

The yellow brick road for you and your clients may well be BreakThrough.com. BreakThrough is an online counseling delivery platform that helps you with every aspect of accessing or delivering online counseling - from technical logistics to legal ramifications, from fee processing to ethical implications.

In September of 2009, the BreakThrough concept was presented at TechCrunch50, a major conference for new online ventures. BreakThrough CEO Mark Goldenson does a better job than I could explaining the concept, so click here to watch his 15 minute presentation.

Ten years ago, how did you feel about online banking? Buying stuff on Amazon.com? Booking your trip on Travelocity?

Trust me, ten years from now, when we are all videochatting on wafer thin tablets, online counseling will just be another mainstream treatment modality.

Email ThisBlogThis!Share to TwitterShare to FacebookShare to Pinterest
Labels: breakthrough.com 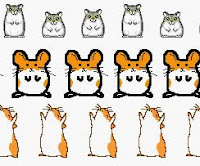 The other day I was tuned in to NPR's "All Tech Considered" when I heard, "The next time your batteries need a recharge, try taking a walk".

A few years ago, as Aaron LeMieux was walking along the Appalachian Trail, he kept having to stop in little towns to find batteries for an electronic device. Dragola.

Aaron is a mechanical engineer, so he turned frustration into an idea. He wondered if it was possible to convert the kinetic energy we expend when we walk into a Personal Energy Generator (aka PEG). After all, mobile electronic devices like the iPhone only require 2.5 watts of power to fully recharge. So, all you have to do is harvest 2.5 percent of our human walking energy, and voila! juice for your mobile electronic device.

Fast forward to 2009 - Aaron's new company Tremont Electric prepares to unleash a PEG device that is about the size of a small flashlight. It captures the renewable energy of your footsteps — no outlet required.

Just place the nPower PEG in your backpack, briefcase, or handbag, and plug it into your iPod, cell phone, or GPS. Walk or run. As you move, your PEG continuously charges your handheld electronic device at the same rate as a wall charger. Typically, a battery receives an 80% charge in one hour.