Web Secret #151: Why the Internet Did Not Fail 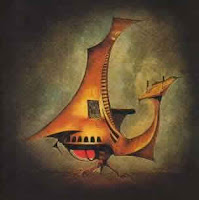 In 1995, Newsweek published an article "The Internet? Bah!" in which author Clifford Stoll predicted that the Internet would fail.

What emerged is a compelling discussion.

1. "Visionaries see a future of telecommuting workers, interactive libraries and multimedia classrooms. They speak of electronic town meetings and virtual communities. Commerce and business will shift from offices and malls to networks and modems.

Baloney... The truth in no online database will replace your daily newspaper, no CD-ROM can take the place of a competent teacher..."

2. "Try reading a book on disc. At best, it’s an unpleasant chore: the myopic glow of a clunky computer replaces the friendly pages of a book. And you can’t tote that laptop to the beach."

3. "The Internet is one big ocean of unedited data... Lacking editors, reviewers or critics, the Internet has become a wasteland of unfiltered data. You don’t know what to ignore and what’s worth reading."

4. "We’re promised instant catalog shopping–just point and click for great deals. We’ll order airline tickets over the network, make restaurant reservations and negotiate sales contracts.... Even if there were a trustworthy way to send money over the Internet–which there isn’t–the network is missing a most essential ingredient of capitalism: salespeople."

So why didn't the Internet fail?

As one perceptive 2011 reader noted (with the benefit of hindsight): "This is a fascinating look at the fog of the future. How often we assume that today’s current technical challenges are tomorrow’s impossibilities.

Stoll also failed to consider the following innovations (in no particular order): And I could go on and on.

Fundamentally, I think the author failed to grasp our human capacity for innovation or our capacity for learning and adaptation.

The same commentator goes on to write, "I wonder what today’s equivalent of the Stoll prophecy is?"

Email ThisBlogThis!Share to TwitterShare to FacebookShare to Pinterest
Labels: Internet

I thought I would be posting something momentous.

And I might have, except I had major back surgery in March and - well, I am not feeling momentous. Being debilitated, even temporarily, makes you think in practical terms like, "How do I get into a Jeep Wrangler without doing a face plant?" or "How do I put on my socks when I can't bend?"

So practically speaking, what am I asked every time I do a presentation on social media, or help an organization use a social media channel, or teach an individual the mysteries of Facebook?

I actually had a clue early on in my blogging career that this was a biggie. As far back as 2008, I wrote a post about how to disappear completely from the Internet, Web Secret #26: How to become Web Dead.

It's a few years later, and I have mellowed a bit. There is something between being dead or alive on the Internet.

Case in point, on April Fool's Day 2011, the New York Times published Erasing the Digital Past. But this was no joke.

The fact is, "until their online rep is smeared, most people do not know that there are online reputation managers, who offer to expunge negative posts, bury unfavorable search results and monitor a client’s virtual image." Here are three resources to consider:

My advice? Be proactive, and use Google Alerts.

Email ThisBlogThis!Share to TwitterShare to FacebookShare to Pinterest
Labels: Erasing Digital Past

CriticalPast.com - relevance to mental health and other professionals.

OK, I'll admit that I am not exactly sure (yet) how this website is relevant to your career. But it's so darn cool, I figure knowing about it is part of being Internet literate in 2011.

I'll let my friends at Critical Past explain:

"View more than 57,000 historic videos and 7 million photos for FREE in one of the world's largest collections of royalty-free archival stock footage. Offering immediate downloads in more than 10 SD and HD formats, including screeners in all formats."

The collection begins in 1890 and goes up to the 1990s. You can browse the entire archive. Or you can use specific search terms and target a decade or a specific year.

As an example, I decided to enter "psychotherapy" and search the 1940s. I found a number of films. One of the most interesting I watched was:

"A group of patients is given group psychotherapy at Mason General Hospital in Brentwood, New York" - a clip from 1948.

Each film is summarized:

Casualties of World War II receive medical aid in Brentwood, New York. A group of patients is given group psychotherapy at Mason General Hospital. A psychiatrist discusses various issues with the patients.

In addition, the following is provided:

Location: e.g. United States (but there are films from all over the world)
Duration
Sound: Yes or No
Color: black and white versus color
Language: English

You can view the clip, share the clip, buy the clip or discuss the clip.

It was utterly fascinating to think about the post traumatic disorders of Iraqi veterans and compare them and modern treatment to the soldiers of World War II. It was interesting to note the similarities and differences between the two groups, separated by 60 years.

Bottom line - relive it, study it, compare it.

Email ThisBlogThis!Share to TwitterShare to FacebookShare to Pinterest
Labels: criticalpast.com

This blog post is about women who have made major contributions to computer technology, new media, and the Internet.

I regret to say you've been punk'd. There aren't any.

I could cite a hundred articles that testify to the scarcity of women in these fields. Take for example "40 People Who Changed The Internet" - the only woman on that list is Caterina Fake, listed along with her colleague Stewart Butterfield. They created Flickr.

I could quote a hundred articles that attempt to explain why there aren't more women in science, technology, mathematics, engineering, astrophysics, etc. etc.

Let's not even go that far - let's get personal. "All I Really Need to Know About Technology I Learned in Kindergarten" (apologies to Robert Fulghum.) Sorry, punk'd again - I learned it all from attending lectures, webinars and workshops given by men. Young men. Very young men.

When I attended the 2008 Web 2.0 Expo, one of the premier conventions on Internet technologies, I wish I had been a single woman in my twenties. While I did not get an exact figure from the organizers, the ratio of men to women was overwhelmingly lopsided. I felt like I was one of the first humans to visit an alien civilization.

Now clearly, I am exaggerating (only slightly) to make a point. There are a few bright lights out there - past and present. DeeAnna Nagel and Kate Anthony and their seminal work as the co-creators of the Online Therapy Institute, as well as their pioneering adventures in Second Life.

The truth is, no one really knows where the women are.

What I know for sure is that the dearth of women in the sciences is bad for humanity.

And I am very lonely.