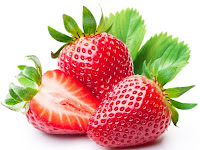 Here are some fantastic ones:

Radio Garden - A remarkable website that allows you to tune into radio broadcasts all around the world simply by dragging your mouse around an interactive map.

My Car Makes Noise - A lifesaver if you’re about to take your car in for expensive repairs. The site lets you browse car-related sounds and helps you determine exactly what the problem is.

Still Tasty - A simple site that gives accurate estimations if the food in your fridge is still safe to eat. The ultimate shelf life guide.

Explore Everest - An awesome full screen experience that takes users from the Everest basecamp all the way to the top. It makes you fully appreciates what a daunting experience climbing Everest really is.

Email ThisBlogThis!Share to TwitterShare to FacebookShare to Pinterest
Labels: websites 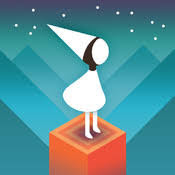 But I don't like to kill orcs, zombies or other assorted creatures. And I certainly don't want to be racing against the clock.

No, I want my games to be soothing, beautiful, and quietly challenging.

Monument Valley I and II. If M.C. Escher could have designed a game, this would be it.

The Room I, II, III. Imagine an incredibly baroque and complex chest of drawers whose secrets unfold themselves like origami whenever you solve a puzzle.

Fairway Solitaire. Sometime I want to enjoy the junk food equivalent of gaming. Fairway Solitaire is a combo of classic solitaire and golf. It is brainless and utterly addictive. Perfect for standing online or passing time in a waiting room.

Email ThisBlogThis!Share to TwitterShare to FacebookShare to Pinterest
Labels: fun and games

Two months ago, I read a New York Times article "Tech’s Frightful Five: They’ve Got Us."

I can't stop thinking about it.

Author Farhad Manjoo makes the point that we are all in "inescapable thrall to one of the handful of American technology companies that now dominate much of the global economy. I speak, of course, of ... the Frightful Five: Amazon, Apple, Facebook, Microsoft and Alphabet, the parent company of Google."

Farhad then asks the reader: "If an evil monarch forced you to choose, in what order would you give up these inescapable giants of tech?"

The first cut was easy for me - Facebook. It never had much of a hold on me. I rarely post, preferring to spend a few minutes each day scrolling to read what my friends are outraged about at that point in time.

After that, it was very difficult.

I live in a retail desert and I would guess that 80% of what I purchase I do through Amazon. And then there are the TV shows I enjoy through Amazon Prime. But if I absolutely had to, I could purchase directly from product websites. It would take longer, but it could be done.

Microsoft - sure I use Word every day, and PowerPoint and Excel from time to time. But I could use Apple's Pages and Prezi instead. I also don't use any of Microsoft's laptops, tablets, etc.

Alphabet - is not just the parent company of Google, but of YouTube. There are other search engines - Wolfram Alpha comes to mind. But YouTube? It's not about cat videos for me. I go there to see my father George London. He is preserved in dozens upon dozens of live and taped performances. It would be hard to find an alternative source for all of those clips.

Last would have to be Apple. I could not survive without my MacBook Pro, my iPad Mini, or my iPhone 7 plus. It's how I work and navigate the world. Through them I read books and play games. I use countless iOS apps, to do countless things.

I will leave you last, Apple.

Now it's your turn.

How would you rank the frightful five?

No need to consult the Oracle at Delphi, you can predict the future by visiting Singularity Hub.

I'll let them explain themselves:

"Singularity Hub chronicles technological progress by highlighting the breakthroughs, players, and issues shaping the future as well as supporting a global community of smart, passionate, action-oriented people who want to change the world."

Here is a taste of what you can learn on their website:

Dwarf Planetary Systems Will Transform the Hunt for Alien Life

These 5 Big Tech Trends Are Changing the Way We Learn