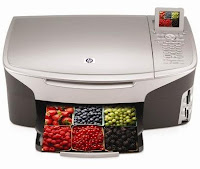 Web Secret #215: October The First Is Too Late 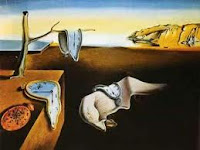 One of my favorite works of science fiction, "October The First Is Too Late," was written by British Astronomer Fred Hoyle. The premise of the book is that a transmission of energy plays havoc with time. England is in the 60's but WWI is still raging in western Europe. Greece is in the golden age of Pericles, America some thousands of years in the future; while Russia & Asia are a glass-like plain, its surface fused together by the burnt-out sun of a far distant future.


I recently presented a social media workshop to tech newbies. These were educated, professional people. Some of them did not know what an app is, or use a smartphone, or even understand that the World Wide Web is made up of coded pages. I live in 2012, and they live in 1990. Maybe even earlier.


At the end of Hoyle's novel, the two main protagonists realize that time is about to re-stabilize. One of them stays in the future and the other elects to go back to his past. My memory of what my life was like pre-Internet is rapidly fading. I couldn't go back even if I wanted to.

I stay in my crowd sourced world, where a universe of information, data, and people awaits, just one click away.

I no longer remember a time when I was sheltered and closed off.

It's both good and bad.

Email ThisBlogThis!Share to TwitterShare to FacebookShare to Pinterest
Labels: October the 1st is too late 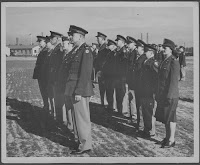 "You know that dream where you suddenly realize you’re stark naked?

You’re living it whenever you open your browser." Or so reporter Kate Murphy opines in a New York Times article.


"There are no secrets online. That emotional e-mail you sent to your ex, the illness you searched for in a fit of hypochondria, those hours spent watching kitten videos  — can all be gathered to create a defining profile of you...while it’s probably impossible to cloak your online activities fully, you can take steps to do the technological equivalent of throwing on a pair of boxers and a T-shirt."

1. Log off Google and Facebook as soon as practicably possible and try not using the same provider for multiple functions. “If you search on Google, maybe you don’t want to use Gmail for your e-mail.”

2. If you do not want the content of your e-mail messages examined or analyzed at all, consider a free encrypted e-mail service like HushMail. If you are communicating with clients and want to ensure confidentiality, both you and the client need to sign up for HushMail.

3. Register your own domain with Hover, which cost $55 to $85 a year. You get not only the company’s assurance of privacy but also an address unlike anyone else’s, like me@myowndomain.com.

4. Use the search engine DuckDuckGo, which does not track or bubble you. Bubbling is the filtering of search results based on your search history.

5. Regardless of which search engine you use, turn on your browser’s “private mode,” usually found under Preferences, Tools or Settings. When this mode is activated, tracking cookies are deleted once you close your browser, which wipes your history clean.

6. Shield your I.P. address by connecting to a virtual private network, or V.P.N., such as YourPrivateVPN. These services, whose prices price from $40 to $90 a year, route your data stream to what is called a proxy server, where it is stripped of your I.P. address before it is sent on to its destination.

How many of these suggestions should you adopt?

It depends on your level paranoia, or whether you have clients or decide to engage in e-counseling of any kind.

If all of this is technical mumbo-jumbo to you, consider taking  a Therapeutic Use of Technology course from the Online Therapy Institute.