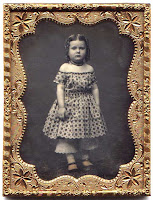 By the time you read this post, many of you celebrated Thanksgiving with loved ones and friends.

And you memorialized the occasion by taking selfies and other pictures with your smartphones.

These 21st century digital images live in our smart phones or have been uploaded to the cloud.

But let's remember the iPhone didn't exist before 2007, so if you're like me, you have crates of photos, VHS tapes, CDs, etc. that are quietly yellowing or degrading. And I'm panicking about preserving this legacy.

So I turn to iMemories.com, because what they do...

....is best explained by them:

So now you know.

Email ThisBlogThis!Share to TwitterShare to FacebookShare to Pinterest
Labels: iMemories.com 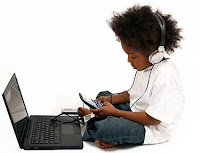 Several months ago, I read a rather horrific New York Times article by Ashton Applewhite about age discrimination. Which for women starts at age 32. And though illegal, two-thirds of older job seekers report encountering it.

That was enough to piss me off, but then Applewhite wrote, "Recruiters say people with more than three years of work experience need not apply. Ads call for 'digital natives,' as if playing video games as a kid is proof of competence."

And I went wild with fury.

But let me digress. The term "digital native" was first coined in 2001 by Marc Prensky, in a rather brilliant essay "Digital Natives, Digital Immigrants" Pensky wrote, "What should we call these “new” students of today? ...the most useful designation I have found for them is Digital Natives. Our students today are all “native speakers” of the digital language of computers, video games and the Internet."

Now as the parent of 3 digital natives, I will tell you that, unquestionably, they use technology differently than I do. I remember sharing an excellent bottle of wine with the kids at a restaurant. I started to laboriously type out the label in the notes app on my iPhone, while my oldest took a snapshot of the wine label in an instant. Whoa! Lesson learned.

Then there's checking the weather. I usually visit the weather app to find this out. My oldest temporarily moved in with us a month ago, and I heard him say, "Siri, what's the weather today." Second lesson learned.

Now back to my fury. Being a digital native doesn't automatically translate into workplace tech competence. Just like being a native English speaker does not automatically confer an ability to write well, or understand Shakespeare.

So here are things my progeny do not know how to do, despite being "digital natives."

1. Anything related to hardware. Eg printer jams - no clue how to fix them.
2. HTML. Fireworks.
3. Effectively searching for information on the Internet. Nyet. (Turns out that growing up with libraries and card catalogues confers special powers - an understanding about how research works.)

How about some other non digital qualities valued in the workplace:

My digital journey started with IBM punch cards in the 8th grade. Careened through a Commodore 64. Learned MS Word and Excel from a VHS tape. Owned one of the first IBM Thinkpads. Navigated the dot com bubble. Palm Pilot anyone?

I may not be a digital native, but I have perspective. And deep knowledge.

Something you can't buy online at Amazon. 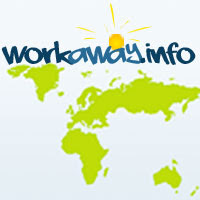 I have reached the age where some of my older friends are considering retiring.

They are preparing for that milestone in a number of different ways.

For example, one couple I know is using Airbnb to explore cities around the US.

The thing is, if you retire at 65, you may have to fill in about 30 years of life with interesting and fulfilling activity.

I'm not sure playing 18 holes of golf then repeat is going to do it for most folks.

Fortunately, there are alternatives. Workaway.info is the 21st century version of the Peace Corps.

It's a quick and easy way to set up a volunteer/cultural exchange experience in over 150 countries around the world. The opportunities are incredibly varied and last as little or as long as you want them to.

Weirdly, Workaway is only marketing itself to Millenials - or so it seems in their promo video:

But all ages and even families are welcome into the program.

Here are examples of some of the incredible opportunities offered on the site:

Teach and get involved with community life in Cambodia

Volunteer in Finnish Lapland with huskies

Volunteers to help with landscaping and DIY-eco-construction in the wilderness near Montreal, Canada

Help out in a hostel - high up in the Andes, in Ecuador

Hosts are rated Yelp style so you know what your getting yourself into.

Those huskies are calling my name.

Email ThisBlogThis!Share to TwitterShare to FacebookShare to Pinterest
Labels: workaway 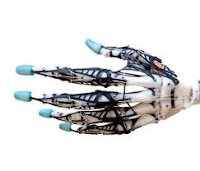 Here are 6 web sites that let you do just that.

Most of our national library’s texts are now available online.

Boundless is shaking up the textbook industry by offering textbooks online, for free.

Look around - many universities have a department called the Osher Lifelong Learning Institute - unlimited courses with no homework, no exams, no required college degree, no age threshold.

This subset of the Google Arts and Culture Project lets you explore the ancient and modern worlds in an incredible online resource powered by Google’s Street View and mapping technology.

It’s the largest archive of free books on religion and spirituality on the Internet. Read up on mythology, religion, folklore, alchemy, parapsychology, and more.

6. University of the People