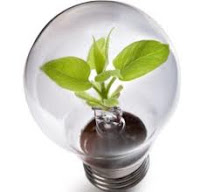 Recently I was feeling spectacularly depleted of blog post ideas. All the tricks I usually fall back on to inspire my creativity were failing me.

Then I remembered Web Secret #23.

TED is a conference that showcases relatively brief, (no more than 18 minute), presentations given by the greatest minds in the world. The TED website makes these talks, (now numbering in the hundreds), available to the public, for FREE.

So I turned to TED, and it did not fail me.

After listening to a few of the talks grouped in the technology category, I found How web video powers global innovation,

a speech given by the curator of the TED Conference, Chris Anderson. And I was energized all over again.

Here is a summary of the exciting, core idea he articulated:

1. Only VERY recently, in the last few years, has technology made it possible for video to become accessible to millions of people around the world.

2. Through video, we now have access to a global online laboratory. So, for example, a group of viewers in Japan learn something from a video that was made in Detroit. They build on it, and a few days later, make another video that is in turn watched by a group of people in California, who in turn remix it to create a completely new - fill in the blank - widget, movement, clothing style, fad, chemical process, etc. - which they share as well.

3. The rise of web video is driving a worldwide phenomenon Chris calls Crowd Accelerated Innovation (CAI) - a self-fueling rapid cycle of learning and innovation that is potentially revolutionary.

4. Perhaps one of the most promising examples of the potential of CAI is a website called JoVE - Video publication to increase productivity of biological and medical research. Traditional research publication methods in journals mean that it can take months for a group of scientists to figure out how to replicate the methodologies used in an experiment in another lab. But if you can SHOW instead of describing, that problem disappears. It is not far fetched to say that online video will dramatically accelerate scientific progress.

The implication for professionals of all stripes is that we all have the potential to share treatment methodologies, practice techniques, and other knowledge quickly and easily with our peers - through video. We can learn from the best, improve our work, and do a better job, reaching a greater pool of clients and patients than ever before.

Recently I have had a flurry of people asking me to assess the effectiveness of their websites. I am always tempted to send them to the exhaustive 149 Mortal Sins That Will Send Your Site to Web Design Hell. But let's face it - sometimes a shorter checklist can also do the trick. So for those of you who want a quick take on whether your site is web worthy, I have edited the classic 50 Critical Questions About Your Website down to 18 key questions:So there you have it - the Cliff Notes version of web site evaluation.

Looking for something more in depth? There is no substitute for reading my post on Very Bad Websites.

If you attend my presentations, read my articles or this blog, you know that I love computers, and the Internet and technology in general. But I have also cautioned my audience that social media is still in a lawless "Wild West" phase of development and can be used for evil.

How can we curtail the propensity of some (most often teenagers and young adults) to use the web for harmful purposes?

In September, the New York Times reported the tragic story of an 18 year old freshman at Rutgers University who killed himself after his roommate surreptitiously filmed him having sex with another male and then streamed the intimate encounter live on the Internet. The prosecutor’s office said that the victim's roommate, and another classmate, had each been charged with two counts of invasion of privacy for using “the camera to view and transmit a live image”. The most serious charges carry a maximum sentence of five years.

The law does not yet exist to appropriately punish these offenders. And they are unlikely to serve much jail time (if any.)

Ironically, the news came on the same day that Rutgers kicked off a two-year, campuswide project to teach the importance of civility, with special attention to the use and abuse of new technology. It's better than nothing, but too little, too late.

The teaching of Internet etiquette and abuse prevention needs to take place in elementary school, probably 5th grade (when most kids get their first cell phone), middle school at the latest.

Why so soon? Because by middle school, tween girls bully others via text message, and by high school, misguided freshmen film themselves engaging in sexually explicit behavior and post the videos on the Internet. Every academic year, disturbing incidents happen and children are victimized. Even in the affluent, sophisticated Northeast suburb where I live.

The development of programs to teach the young is in its infancy. One notable effort is www.ThatsNotCool.com, where teens can find tools to “draw their own digital line” and a forum to discuss abuse and seek help.

In the absence of a relevant preventative school curriculum, parents must find opportunities to educate their children about the dangers of social media. Not sure how to do that? Check out cyberangels.org.

Right now, most schools, communities, and parents are sitting on their hands and doing nothing.

The time for action is now.

If you've gone to the trouble of creating a website, or a blog, and you have nurtured your creation for a couple of months or so, you will want to know how effective it is. Exactly how many people are visiting your site? Where do they come from? How long do they visit?

People pay a fortune to web designers and marketers to set up and provide them with these types of data. But guess what? You can set up your own analytics for free, and without a degree in computer science.

Welcome to Google Analytics (GA). GA is a free service that generates detailed statistics about the visitors to a website. It is the most widely used website statistics service, currently in use at around 57% of the 10,000 most popular websites.

Setting up GA is a snap. Go to the set up page where you first will be prompted to set up a Google account if you don't already have one. Then log in. Click on the Analytics link. Click on "Create New Website Profile". Enter the URL of your site, your time zone, and your country. You will be given code that you must copy and paste onto every page you want to track immediately before the closing head tag. (OK so you may need a tech savvy friend to help you with this.) And that, my friends, is it.

Give it a day or two. Then go back to GA and click on "Access Analytics". Here is just some of the valuable info you will get:

Number of people who visited your site - choose by the day, the month, the year - and by what percentage this has increased or decreased.

Amount of time people stay on your site when they visit - usually in minutes.

Where your visitors come from geographically - my blog has visitors from 24 countries including Turkey, Russia, and the UK.

What websites did my visitors come from (e.g. Twitter.com), or if they used a search engine, what key words did they put into the search window (e.g. "teletherapy".)

You can add a custom section - e.g. paid traffic from ads.

You are now officially a geek.