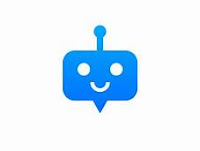 Web Secret 560: Do Not Disturb 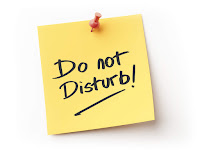 Countries around the world are banning bosses from texting and emailing workers after business hours and on weekends.

Your relatives and friends need to be stopped from driving you crazy too.

Thank you Whitson Gordon for explaining how to configure the Do Not Disturb mode to let calls through from certain people, at certain times, or only in case of emergency.

iPhone users have a plethora of options for Do Not Disturb mode, ensuring that only the important stuff gets through. Head to Settings > Do Not Disturb to customize it. In particular, you’ll probably want to adjust the following options:

Scheduled: Turn this on, and set it to whenever you go to bed and wake up. Notifications will still appear on the lock screen; they just won’t make noise. If you’d prefer to hide them from the lock screen as well, turn the Bedtime switch on — that way, they’ll only appear when you drag down the Notification Center, rather than tempting you to answer emails at 10 p.m.

Allow Calls From: By default, your iPhone will silence all calls when Do Not Disturb is on. With this setting, though, you can allow calls from your Favorite contacts, like your spouse or parents. Also, consider turning on Repeated Calls, too, which will allow calls through if it’s an emergency and the same person calls twice within three minutes. (But watch out for spam callers who try to get around it by calling multiple times in a row.)

Those are the crucial ones.

Email ThisBlogThis!Share to TwitterShare to FacebookShare to Pinterest
Labels: Do not disturb 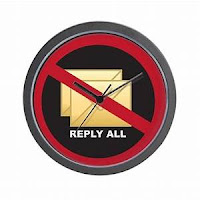 It appears few email users ever consider whether it makes sense for everyone to receive their thoughts.

In a recent New York Times article, writer David Pogue asked his readers "How to Handle the Dreaded ‘Reply All Moment’"

Here were some of their suggestions:

1. Resend a corrected version of the same message four times. The flood of identical emails may minimize the amount of attention attracted by the first one.

2. Resort to deception. Blame a computer virus or a young child.

3. Enlist someone you have good rapport with to Reply All to your Reply All, and say something funny to cut the tension.

4. In general, though, the wisest course seems to be quick action and a huge helping of humble pie. “You own it, make apologies, spend 48 hours in shame, and move on.”

Here's how to avoid the fiasco in the first place:

Enter the address last. Compose the email, and only then go back and enter the address(es). This technique requires extra steps, but it guarantees you’ll never accidentally Reply to All.

Give yourself an “Oh no!” window. In some email programs, you can set up a freakout delay. Your email will wait 60 seconds (or more) after you click Send, giving you a window in which to realize your gaffe and stop the message in its tracks. Other programs allow you to "unsend" the offending email.

Email ThisBlogThis!Share to TwitterShare to FacebookShare to Pinterest
Labels: Reply all

Like it or not, very soon medical and recreational cannabis will be the law of the land.

The Cannabis Reporter podcast aims to provide information about this complex world through interviews with experts, policy makers and other individuals shaping the future of cannabis culture.

Here is a sampling:

A Higher Calling Down Under: Cannabis Research & Alzheimer’s

Why do I hope for a federal law legalizing medical and recreational cannabis? We need one federal law in this land so that we can regulate cannabis just as we have regulated alcohol and tobacco use.