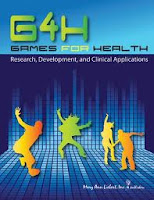 What about your kids? Do they spend time on their Wiis, XBoxes, or Nintendo game consoles?

Humans love to play games. One of the hottest trends in technology is making everything a game.

Probably no industry sector has jumped faster on this trend than behavioral health care.

Aetna plans to offer Mindbloom's Life Game a "Fun, Simple, and Effective Interactive Game to Improve Quality of Life." PS Mindbloom is amazing - check it out!


The wounds most often suffered by soldiers in Iraq/Afghanistan are post-traumatic stress (PTS) and traumatic brain injury (TBI.) The U.S. Army's Telemedicine and Advanced Technology Research Center (TATRC)has created virtual real­ity (VR) programs that allow soldiers with PTS to revisit past wartime experiences, helping them move beyond those events at their own pace.

A cognitive training game developer has begun talks with the US Food and Drug Administration (FDA) to market a new game for people with schizophrenia as a therapeutic drug.

Games for Health: Research, Development, and Clinical Applications (G4H) is a new, bimonthly peer-reviewed journal dedicated to the development, use, and applications of game technology for improving physical and mental health and well-being.

Email ThisBlogThis!Share to TwitterShare to FacebookShare to Pinterest
Labels: games 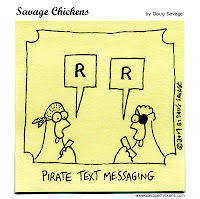 If this is the first time you are hearing about this, you probably don't have a clue what an NGram is. I sure didn't.

Google has digitized nearly 5.2 million books, and made available to the public for FREE, a mammoth database consisting of 500 billion words from books published between 1500 and 2008 in English, French, Spanish, German, Chinese and Russian.

When you enter phrases (aka Ngrams) into the Google Books Ngram Viewer, it displays a graph showing how those phrases have occurred in a corpus of books (e.g., "British English", "English Fiction", "French") over a selected span of years.

That's kind of cool in a geeky and arcane sort of way. But why should you care?

1. I decide to research Sigmund Freud.

2. I go to the Ngram Viewer and enter "Sigmund Freud" in the search window and select the span of time between 1870 and 2000.

3. I click "search lots of books." One second later I get this graph that shows me that interest in Freud began to increase in the 1910s. And then continues to shoot up until it peaks in the mid 1990s.

4. OK that's kind of interesting - but there's more. Under the graph I can search for writings by or about Sigmund, by year or span of years. So I click on 1870-1947 and I am connected to a list of books, publications, etc. from that era, courtesy of Google Books.

I found books and publications I had never heard of:

"Why war?: the correspondence between Albert Einstein and Sigmund Freud" from 1933.

"Sigmund Freud" an early biography from 1942.

Can you imagine how useful a tool this is for students? teachers? researchers? lecturers? authors?

I just created a website on my iPhone in 60 seconds.

This is how I did it:

1. I downloaded the Zapd FREE app on my iPhone - that took 2 seconds.

2. I selected a graphic theme for my website. I am very decisive - that took 10 seconds.

3. I uploaded photos, text, and a url to create the pages of my website. That took 40 seconds.

4. I previewed my website and published it. That took 8 seconds. Voila!

Here is a video to get you inspired:

Email ThisBlogThis!Share to TwitterShare to FacebookShare to Pinterest
Labels: zapd.com 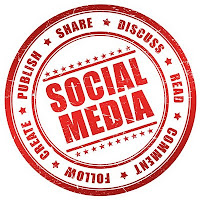