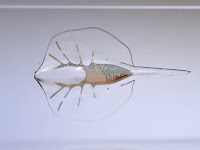 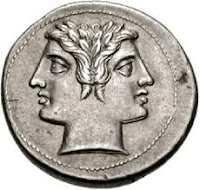 The Bechdel test is a well-known measurement of gender bias in movies that originated in 1985 in the comic strip "Dykes to Watch Out For."

To pass the test, a movie must have three things:
Almost half of 2015’s top movies failed the Bechdel test.

Before you do that, let me tell you about the first social media conference I attended in 2008. Facebook was 4 years old. There were hundreds of attendees at the Javitz Center - Manhattan's cavernous convention hall.

It's gotten a bit better since then.

But overwhelmingly - computer tech is a male dominated field.

And as I waded through the crowd of 25 year old men, I thought to myself, "Wow - I have a feeling this is going to be a problem - what is the world missing out on because the female perspective is absent?"

That question is being answered every day since then:

1. no women, no color. Overwhelmingly, computers, smartphones and gizmos of every kind are grey, grey, grey. As a basis of comparison, Urban Decay's Vice Lipstick collection comes in 100 different shades.

2. Okay, that was a little sarcastic. How about most gaming consoles feature first person shooters hunting monsters and overly voluptuous women in scanty outfits?

"...the very real problems with artificial intelligence today, which may already be exacerbating inequality in the workplace, at home and in our legal and judicial systems [is that] sexism, racism and other forms of discrimination are being built into the machine-learning algorithms that underlie the technology behind many 'intelligent' systems that shape [who we are.]"

"We need to be vigilant about how we design and train these machine-learning systems, or we will see ingrained forms of bias built into the artificial intelligence of the future.

Like all technologies before it, artificial intelligence will reflect the values of its creators. So inclusivity matters... Otherwise, we risk constructing machine intelligence that mirrors a narrow and privileged vision of society, with its old, familiar biases and stereotypes."

How to get more women, more minorities, older people and other constituencies involved in computer tech? It's not going to be easy.

But it has to happen. 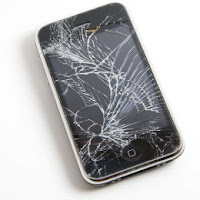 Over the course of the ten or so years they have owned such devices, their phones have been:
and more.

When one of them cracked her phone for the 5th time, I knew it was time for something different. I read about a new, very minimal case system that combines 4 rubber bumpers and state of the art tempered glass cover that offers unparalleled drop protection. It's called Utomic.

OK, so the system doesn't make the phone waterproof. But the phone no longer breaks when dropped.

And for now, that will have to do.

Email ThisBlogThis!Share to TwitterShare to FacebookShare to Pinterest
Labels: utomic.com 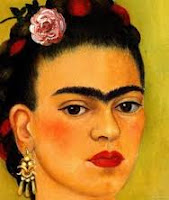 I recently came back from visiting Florence and Venice.

I went to numerous museums and looked at incredible paintings, sculptures and architectural masterpieces until my head exploded.

I am an art junkie who enjoys experiencing the world's cultural buffet.

But what if I told you that anyone with an Internet connection could see these treasures - passport and plane ticket not required?

That would be the Google Arts and Culture Project.

I have no idea why Google decided to approach hundreds of museums and cultural institutions, scan thousands of works using state of the art high resolution technology, and then organize the scans in dozens of different funky ways. Was it out of the goodness of their heart? For a tax break? To monetize it in some murky fashion?

I care that I can see:
How about curated collections about the wonders of Indonesia, street art, 360 degree performing arts shows?