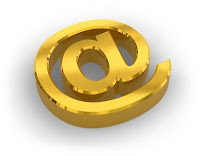 Ever tried to buy a great domain name, only to find that someone else already owns it?

It's especially frustrating when the owner hasn't even built a website that uses it.

For years, I have been trying to acquire iwebu.com. It has always sat vacant, with the words "Nouveau site en cours de construction", French for "New site under construction" on the home page.

Fortunately, it is now much easier to buy a coveted url.

How do you do that?

Simple: Just go to Network Solutions and enter your coveted domain name in the search box, then click “search now”. If you get the answer "Sorry. The domain is not available." just click on “make a certified offer”. It only costs $19 per Certified Offer. The seller is immediately presented with a certified binding offer by email. If the offer is accepted, you will be charged the accepted sales price plus a 5% transaction fee via your credit card.

But how do you know how much to bid? Network Solutions provides an instant Free Value Assessment based on the length of the domain name, existing traffic to the site, and a few other factors.

Needless to say, you can also use this method to sell a domain name you own.

If you are willling to be patient, try this:

Option 2: NameJet.com. In this scenario you place a back order on a domain and get the opportunity to register it when it expires. There's no upfront fee. You pay only if your back order is successful. There is a minimum bid of $69.

To do this just go to NameJet.com and enter your coveted domain name in the search box, then click “search”. You will be given very simple step by step instructions to place your bid. That's it. Done in a matter of seconds.

Recently, I did something of such surpassing geekiness, that even my children (who are used to my technological enthusiasms) were appalled.

I created my own QR code.

A QR Code is a small, square, black-and-white dot pattern. You may have noticed them in magazines, on posters, even on name tags at conventions. If you have a QR reader on your smart phone, the code will link you to any number of website, like a link to a Twitter feed or a profile on Facebook. Other QR Codes connect you to YouTube videos, online photograph albums or resumes.

Bottom line - they are a very efficient method to link a viewer to a whole lot more info about a particular topic - instantaneously - provided they have a smart phone. For example, on my iPhone I use QR app, a free download from the App Store.

If you want take it one step further, you might want to create QR Codes of your own. For this, go to qurify! There you can create a QR Code for any URL (max 255 characters) in a matter of seconds, using just 4 steps:

Still not sure why you should care?

Watch the video "How easy it is to read 2D Barcodes"

In the meantime, I plan on featuring my QR Code on my business card. That way, recipients of my cards can instantly view my iWebU blog. Check it out - it's the QR Code featured as the image for this post.

10. Web Secret #52: StepRep. The Internet can be lethal to your personal and professional reputation. StepRep can protect it.

9. Web Secret #64 - You Should Read my Blog HERE. A carefully worded call to action is one of the most constructive steps you can take to improve your blog/website clickthrough rate.

8. Web Secret #67 - Everything Is Virtual. Proving there is a huge opportunity for clinicians, companies, associations and organizations to establish their presence in a virtual world – be it an existing platform, or one yet to be created.

7. Web Secret #73 - Social Media Is Not a Fad. Social media isn’t a fad, it’s a fundamental shift in the way we communicate.

6. Web Secret #79 - Know Your Meme. Create a successful meme to promote your product or your services and you have captured lightning in a bottle.

4. Web Secret #82 - The Social Media Decade. What will we call the first decade of the 21st century?

3. Web Secret #88 - The iGeneration. There is a brave new generation that will never be “off the grid.”

2. Web Secret #91 - In Social Media We Trust. Sophistication about social media is on the rise.

and the NUMBER ONE web secret...

1. Web Secret #100 - The Future Is Here. There is new cool stuff around the corner, and I can't wait to blog about it.

Who is behind the secrets? Find out!

This is my 100th post, a milestone in a blogging adventure that began in August 2008.

For the past couple of months, when I realized that number 100 was around the corner, I have been thinking about what I would write about.

One of the interesting aspects of blogging for me is that I never know when, where, or what will get me inspired. This post was no exception.

Some time ago, I found out that my Millennial children love the über popular FAILBlog.org. Apparently, failure is fascinating. Hard to be an idealist when your exposed on a daily basis to the idiocies of celebrities, politicians, corporations, and others. Now you hear the kids say (about something that f@*$#! up), "that was a fail."

Turns out that when it comes to technololgy, experts have been predicting failure for decades.

This is interesting to me because I spend much of my professional life teaching the wonders of technology to a lot of people who fundamentally fear it and previously told me that they don't need it. Somehow, the bulk of them end up adopting much of what they feared and forecast they wouldn't need.

So I thought it would be fitting to remember some of the failed predictions about technology, courtesy of "Top 25 Failed Tech Predictions on Computers."

1943 - "I think there is a world market for maybe five computers". Thomas J Watson, President of IBM.

1957 - "I have traveled the length and breadth of this country and talked with the best people, and I can assure you that data processing is a fad that won't last out the year." - The editor in charge of business books for Prentice Hall.

1966 - "Remote shopping, while entirely feasible, will flop - because women like to get out of the house, like to handle merchandise, like to be able to change their minds." TIME Magazine.

1977 - "There is no reason anyone would want a computer in their home." Ken Olson, president, chairman and founder of Digital Equipment Corp. (DEC).

1995 - "The truth is no online database will replace your daily newspaper..." Clifford Stoll.

2003 - "These Google guys, they want to be billionaires and rock stars and go to conferences and all that. Let us see if they still want to run the business in two to three years." Bill Gates.

2007 - "The iPhone is nothing more than a luxury bauble that will appeal to a few gadget freaks." Matthew Lynn, in Bloomberg.

Now think about the fact that in 2010, most of us own computers, shop on line, use iPods and smart phones, and get some of our news online.

There is new cool stuff around the corner, and I can't wait to blog about it.