Web Secret 622: Put your smartphone on a data diet 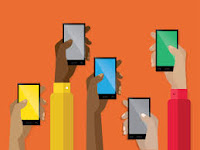 I have 5 family members on my cell phone plan, consisting of myself, my spouse and my 3 adult children. The kids refuse to get off my plan because it would cost them more than staying on it.

At this point, I have an unlimited data plan - I make them pay for it.

If you are not on an unlimited plan, here is how to save yourself from unexpected charges, courtesy of a recent New York Times article:

1. Connect to Wi-Fi whenever possible, especially when you’re at home.

2. See which apps are using the most data. If you just spent three days in quarantine bingeing Netflix on your phone, you can bet that’s your culprit. If you’re using an iPhone, open the settings app and head to the cellular section. Scroll down, and you’ll see a list of apps under the cellular data heading, in order from heaviest to lightest data usage. Under each app, you’ll see how much data it has used in the “current period.”

3. Tweak Your App Settings. Once you have an idea of the worst offenders, figure out ways to dial back their data usage. Here are some common culprits and how you can curb their appetite:

Dropbox, Google Photos and iCloud Photos: If you take a lot of photos and video, some apps allow you to automatically back those photos up as you go. By default, they shouldn’t back up your photos unless you’re on Wi-Fi, but if you have changed these settings in the past, they may be eating up your data (remember, uploading counts against your data too). Check the app’s settings and turn off uploads while on cellular.

Facebook, Twitter and Instagram: Many social networking apps have the ability to auto-play videos as you scroll through your feed, which can use data quickly. If you find this happening in your favorite social app, head to the app’s settings and look for the auto-playing video option — set it to Wi-Fi only, or turn it off altogether.

YouTube, Netflix and other video players: You probably already know watching videos can blow through your data, but you don’t have to cut yourself off cold turkey. For a compromise, look through your binge-watching app of choice for an option to lower the video quality. If you can stand to watch videos in standard definition (480 pixels or below) instead of HD (720 pixels and above), you’ll use less data.

Spotify, Podcasts and other audio apps: While audio doesn’t use up nearly as much data as video, you can still chug through your allotment if you jam from sunup to sundown. Streaming apps like Spotify allow you to download playlists at home for offline listening. Use these features as much as possible: Next time you’re on Wi-Fi, download your favorite playlists and grab podcast episodes before you leave home.

If the app in question doesn’t have a setting that does what you want, you may be able to limit it at the operating system level. On the iPhone, head to Settings, scroll down to the app in question and turn off Background App Refresh, which will limit it from using data in the background. Or, from that Settings > Cellular screen, you can toggle the switch next to any given app to prevent it from using cellular data at all, allowing it to work only over Wi-Fi.

4. Get a Better Deal on Your Data. If all else fails, it may be worth looking into a better data plan for you and your family. Unlimited plans have made a comeback in recent years, but if they are too expensive for you, see what other carriers have to offer for the same price. In fact, if you are still with one of the big four — Verizon, AT&T, T-Mobile and Sprint — you might be able to get better bang for your buck by switching to a mobile virtual network operator, or MVNO, like Cricket Wireless, Mint Mobile or Metro. They use the same networks as their bigger competitors, but with lower prices. If you can get a bigger data plan for the same amount of money you are currently paying (while eschewing expensive features you don’t use), you won’t have to ration your internet usage like it’s 1993 dial-up.

Email ThisBlogThis!Share to TwitterShare to FacebookShare to Pinterest
Labels: smartphones 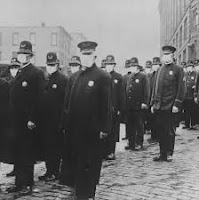 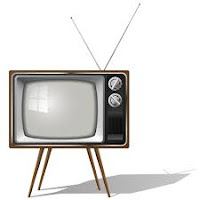 In a Fast Company article, Joe Berkowitz writes how "he replaced Netflix and HBO with network TV for a week", and his brain is different now.

"Back in the ’80s, network TV was everything. It was what you were watching if you were watching TV. .. The past couple decades have seen an increasing erosion of network TV’s sovereignty...Nielsen ratings among adults 18-49 for broadcast TV dropped about 35% between 2014 and 2019, thanks to cord cutting and the rise of streaming. Everybody with the means to subscribe to premium platforms, can watch whatever they want to watch, whenever they want to watch it, on a variety of devices big and small. It’s almost hard to believe now that in previous generations, families would gather around a living-room TV set together at night and simply watch What Was On."

1. Easier decisions: It's 7pm and there are only 4 shows to choose between.

2. Everything is the same: Watching network shows again feels like swathing yourself in a cozy, familiar blanket. Everything on network TV is as it once was: The cadences are the same, the patter is the same, the fantastically unlikely “relatable” situations are the same.I t’s a soft parade of uniformly telegenic people in clothes that always fit perfectly. Nothing bad happens and if it’s not, it’s headed for a quick resolution, typically within the episode.

3. Holidays impact programming: "This network TV experiment happened to fall during the week of Valentine’s Day, and I forgot how network TV shows all converge around each holiday." We’re in this together.

5. Network TV is "deliciously undemanding. You can play Candy Crush or online shop or get a snack at any time and not miss a thing, and all the while feel like you’re in the company of friends." In contrast Netflix et al are intellectually demanding, often require reading recaps to even understand and are consequentially exhausting. Also many of these shows are very disturbing, showcase hair raising violence and graphic sex scenes best watched when you are alone. And not right before bedtime.

"Sometimes you just want to lie down and be counted, to sit in television’s warming glow and feel comfortable. That’s when network TV will always (probably?) be there for you. Come on in, the water’s still nice." 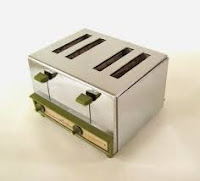 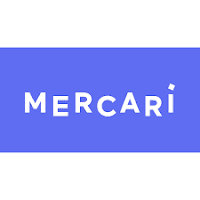 Mercari.com is a website/app that makes it easy to sell or buy just about anything: shoes, bags, collectibles, jeans and more.

Need to offload that pair of Dr. Martens you never wore? Take a few photos and post them to the platform. Once you sell, Mercari provides you with a prepaid mailing label so you can easily ship them to the buyer. Mercari takes 10% of the sale price. Voila!