When I was 18, a person whom I revered sexually molested me.

That was over 40 years ago.

It has taken me decades to fully process that experience, and understanding came incrementally.

My incident isn't remotely on the scale of what was endured by James Safechuck and Wade Robson as told in the HBO documentary Leaving Neverland. They were children and I was a very young adult. Their abuse lasted years. Mine maybe 10-15 minutes.

But to those critics who are dubious about how long it took for these victims to speak up, I would say this:
In order to heal, we all have to leave our Neverlands.

Vignette #1: At work, my 25 year old son is in charge of an international group of interns, most of whom are barely younger than him. He told me he had to give a stern lecture about business etiquette to his Korean interns who persisted in sending work emails festooned with emojis, many with obscure, untranslatable meaning.

Vignette #2: I am very direct when giving feedback - whether at work or with my children. Some attribute this to a lack of tact and considerable arrogance. It took me years to even learn that sometimes I need to pull my punches.

Today, I came across the work of Erin Meyer and all is explained. Erin is a professor at INSEAD, one of the leading international business schools. Her work focuses on how the world’s most successful managers navigate the complexities of cultural differences in a global environment. Erin has figured out how to explain the differences between countries through eight workplace behavioral scales.

To get a feel for Erin's work, enjoy this 30 minute presentation on The Culture Map.

So going back to vignette #2. Let me begin by saying that my formative years were spent in the French school system and living in Europe. Then let me add that one of Erin's scale is "Evaluating." This scale measures a preference for frank versus diplomatic criticism. The French, for example, are much (much!) more direct when it comes to negative feedback.

For the French, this approach starts as early as first grade, when even the most minor assignments are graded on a scale of 1 to 20. (PS: the score of 20 is rarely given, the French don't believe anyone is perfect.) In addition, everyone in the class is ranked in every subject versus his/her peers. This evaluation is underscored every trimester, when, at the end of the marking period, two levels of honor role distinction are given.

So that was my exposure to negative criticism. I'm used to it. I find it useful. But in the US that is not acceptable business practice. Negative feedback is best received when tempered with some positive words.

Erin, where were you when I became a supervisor in 1986?

I have no explanation for the emojis. 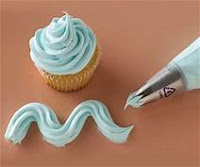 A recent New York Times article "Finding What’s ‘Oddly Satisfying’ on the Internet" aims to describe a curious niche of videos that human beings find satisfying for as yet unexplained reasons.

As the author explains: "These videos are compilations of physical objects being manipulated in certain highly specific ways: melted, smoothed, extruded, carved, sliced, dissolved. Frosting piped fluidly over a layer cake. Molten glass slowly ballooning from the tip of a blowpipe. Crayon wax swirling in a factory vat, propelled by the rhythmic swoosh of a giant paddle."

A few examples below.

I hated the music in this one, and prefer to watch it muted.


This one provoked more revulsion than satisfaction:


Here is a compilation of objects being crushed in a hydraulic press. Loved it.


These kinds of videos typically have hundreds of thousands, nay, millions of views - which begs these questions:

What is the evolutionary reason for this commonality of satisfaction?

Is the evoked satisfaction exclusive to 21st century humans?

There is no question that watching the icing video relaxes and puts me to sleep in a matter of minutes and it's a lot safer than popping an Ambien.

And I seem to have vivid, happy memories of extruding Play-Doh from my childhood.

Well guess what? There are many videos of grown ups "demonstrating" vintage and recent Play Doh kits. Here is one with over 8 million views: 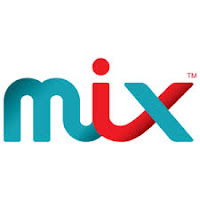 One of the very first websites I blogged about way back in 2008 was StumbleUpon.

StumbleUpon discovered web sites based on my interests. The personalized recommendation engine learned what I liked, and brought me more.

It was easy. And FREE.

Today, having once again fallen into a blogging rut, I went to visit StumbleUpon only to find out that it has been gobbled up and transformed into a website called Mix

Much like its ancestor, Mix promises: "All your favorite things. All in one place. Mix learns what you love to show you even more."

After I fed it my interests in the web, nerd culture and gizmos, Mix showed me dozens of articles like:

Six artists who are shaping the future of AI

The five most worrying trends in artificial intelligence right now

Mix - I think this is the beginning of a beautiful friendship.