Two months ago, while I was sitting in my virtual front row seat watching the opening ceremony of the 2012 Olympic Games on my HDTV, it occurred to me that I have a better quality of life than John Jacob Astor IV.

In 1912, Astor was considered to be the richest man in the world, with a fortune of close to $3 billion in 2012 dollars. In case you don't remember from watching Titanic reruns, he drowned during the sinking of the ship, (interesting but irrelevant to the point I am trying to make.)

True, I don't have a summer "cottage" in Newport, Rhode Island. Nor am I likely to travel first class anywhere, anytime. But in every other respect, compared to him, I live like a billionaire.

I am very rich indeed.

Email ThisBlogThis!Share to TwitterShare to FacebookShare to Pinterest
Labels: billionaire

There is a man who has mastered the art of the under 2 minute promotional video. His name is Adam Lisagor and his company is called SandwichVideo.com.

Adam's videos are short and quirky, odd but entertaining. They do not use celebrities or supermodels. In fact most of his videos look like something that anyone could produce with an iPhone, if only they were smart and creative.

Here is an example of a classic Sandwich Video:

It's only one minute long!

Get inspired - watch all of Adam's videos. It will only take you 15 minutes...

Even if your self made promotional video is only half as good, (think half a sandwich,) why couldn't you do it too?

Email ThisBlogThis!Share to TwitterShare to FacebookShare to Pinterest
Labels: sandwichvideo.com 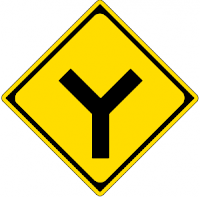 I spend a fair amount of time standing on line, waiting in airports and otherwise being unproductive. Sure there's "Words With Friends" but what about doing something more rewarding?

How about downloading Babbel and learning or perfecting another language?

Babbel is a free app (on iOS and Android) that allows you to study a choice of 11 different languages and have fun while doing it. Babbel:

Is a mobile vocabulary trainer. Make the most out of travel and waiting time: With Babbel Mobile you can study vocabulary even on your smartphone or tablet. Speech recognition and basic and advanced vocabularies are integrated.

Is interactive. The Babbel apps contain 2000-3000 vocabulary words per language. All words are accompanied by images and pronounced for you by native speakers.

Offers a review manager. Babbel gathers the words and phrases that you've studied and then presents them back to you for review at optimal intervals: all in good time. What you've learned automatically embeds itself in your long-term memory!