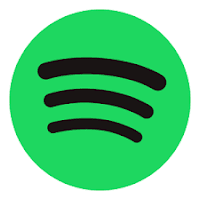 If you're a Baby Boomer, you have changed music formats at least four times.

Personally, I have moved from:

vinyl to
cassette tapes to
CDs to
iTunes.

What do all of these formats have in common? Concretely, I have my music. My iTunes songs are downloaded onto my mac and my phone.

For some time now my kids have been trying me to move to a fifth format: Spotify.

It's incredibly annoying to learn a new interface.

Nothing pisses me off more reliably than getting an email that trumpets "announcing our new app design."

But then I started getting multiple notices that my "iPhone storage is full."

So grumbling all the way, I caved. I downloaded Spotify onto my desktop and my iPhone.

I was nervous. You see Spotify is a streaming service. That only works in wifi.

It's unamerican. (Spotify is a Swedish company.)

The songs don't take up space on my iPhone.

Did I mention that I caved?

Email ThisBlogThis!Share to TwitterShare to FacebookShare to Pinterest
Labels: Spotify

Did you know that the expression "is that even a thing?" is just a couple of years old?

The plasticity of the English language is one of the reasons for its dominance across the world. Invent a new object, experience or concept and a new Anglicism seems to appear overnight.

So the term "inner search engine" has recently taken flight.

It's a thing of beauty.

Most of the mental health professionals I come across are quick to express dismay at the rapidity with which technology is matching human performance. Certainly, that is a cause for concern.

But it is also cause for wonder. Can you believe the human brain can do that? Whatever "that" is?

Recently, I began to focus in on my inner search engine - which functions pretty well.

If I was a Marvel superhero, my power would be: "able to read a single page of text at a glance, memorize it, and extract the information in about a second - years later."

Nowhere is this more obvious than when I do the Monday New York Times crossword puzzle.

The Monday puzzle is the easiest of the week, rewarding knowledge of facts and information rather then aptitude for wordplay or puns.

I usually complete it in a stupor - (I'm the furthest thing from a morning person) - using a fountain pen - in about 5 minutes or less.

With the help of my inner search engine.

Clue: "Wildcat with tufted ears" Answer: "Lynx." That just popped into my head.

Clue "Emile of the Dreyfus Affair" Answer: "Zola." I know why I know this. I have been fanatically interested in the Dreyfus Affair since the age of 12. It was an espionage scandal in late 19th century France which resulted in the unjust conviction of a French Jewish officer. The great writer Emile Zola, came to the defense of Dreyfus when his open letter to the President of France was published in the newspaper L'Aurore" with the headline "J'Accuse."

Clue: "Indian state known for its tea and silk" Answer: Assam. No clue why I know this.

Clue: "Dresden denials" Answer: "Neins." Questions like this are a gift to me because I know three languages fluently and have studied another four.

Clue: "One side of a Faustian bargain" Answer: Satan. I read Goethe's Faust when I was 13. He makes a pact with the devil exchanging his soul for unlimited knowledge and worldly pleasures. Spoiler: bad idea.

And so it goes until I complete the crossword grid.

What is your super power?

Regular readers of this blog know that I look to Ted Talks for inspiration when I run out of ideas.

Of late, this has become challenging because, well, I watch Ted Talks every day. It's what I listen to when I go to the gym 3-5 days a week.

In addition to listening to a lot of Talks, my standards for what constitutes a great Talk have gone sky high.

So when I come across a great one, I need to share.

Such is "The Art of Stillness" by Pico Iyer


In essence, the presentation is about the importance of doing nothing and going nowhere, something increasingly challenging in our wired, accelerated world.

But of course, the art is in the telling.

Web Secret 422: virtual reality will take addiction to the next level

Did you know that in the American Psychiatric Association's DSM-5, Internet Gaming Disorder is not recognized as an official diagnosis?

It was introduced in 2013 for further study.

I think we can all save some research dollars by putting that question to rest.

Forget the kids who play World of Warcraft for days on end - I have watched adults play Angry Birds until they developed repetitive stress injuries. In China, there's even a boot camp to rehabilitate "web junkies" who prefer the gaming world to the real world.

A recent Tech Insider article stated that the typical adult under the age of 45 relies upon four digital devices, and the average individual spends 90% more time consuming digital media on a smartphone today versus 2013.

And the signs of crisis are everywhere. Nearly 60% of computer users check email in the bathroom; 15% have read their email in church; and 85% say they would take a laptop on vacation. Drilling down on the numbers, it’s even worse. We check 40 web sites a day; open 85% of work emails within two minutes; and switch between programs nearly 37 times an hour.

Well to quote Al Jolson, "you ain't heard nothin' yet."

In an article "Digital disconnect: Will VR take addiction to the next level?," author Christina Nava discusses the impact of Oculus Rift and HTC Vive - two virtual reality systems that are now accessible to the public.

They are expensive and not yet perfected. But that will change in a New York minute.

Brittany Ott, a corporate services clinician at the Illinois Institute for Addiction Recovery at Proctor Hospital, believes that "VR provides a quicker way to get into an altered state, so the more accessible it becomes, the more at risk it is of becoming an addiction."

Addiction professionals at reSTART, the nation's first internet and technology addiction recovery center, are already concerned that VR may alter brain chemistry in ways not yet fully understood.

Additionally, the reSTART team has spent seven years gathering research that indicates the excessive use of digital devices, including video game systems, are associated with "an intensity of mental health symptoms such as depression, anxiety, attention deficit disorder, and in many cases, autism spectrum traits and features."

Science fiction, especially landmark shows like the original Star Trek, have been predictive of many advances in technology. In fact, other than the "warp speed" allowing rapid space travel, almost every gadget from the show is already in existencein the 21st century.

Reading about the potential impact of VR reminds me of the aliens in "The Menagerie," arguably the best episode of the show. It features the Talosians, humanoid aliens who are able to mass-project illusions. Their civilization fell after they discovered the ability to cast these illusions.

Their power to conjure these alternate realities is considered so dangerous, that the entire planet of Talos IV is off limits to Starfleet personnel.

When I first saw this episode, in the late 60s, it seemed the stuff of fantasy set in a distant future.

But then I watched Web Junkie, a 2015 documentary about an inpatient treatment facility for internet addiction in China, where it has been declared a national health crisis. The film follows the treatment of three Chinese teenagers, obsessive gamers whose preference is for the virtual world over the real one.

The institute's founder, a psychiatrist, explains that the average person cannot begin to imagine the level of pathology he has seen. He describes young people who voluntarily wear adult diapers so that even the call of nature need not interrupt their game play for even a minute.

250 years before the timeline of the fictional Star Trek series, we are creating illusions and falling victim to their power.

We ain't seen nothing yet.