Web Secret#203: 3 Exciting Things You Can Do on Twitter 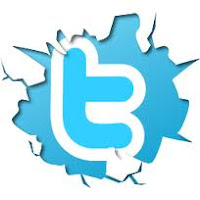 Here - in my opinion - are the three most exciting:

1. Find a job:
TwitJobSeach – TwitJobSearch pulls up Tweets that are only job-related and links to the underlying job posting.

TweetMyJobs – the largest Twitter job board in the world. It has 9,537 targeted job channels with open positions from 12,459 companies worldwide. You can post (and tweet) your resume and custom profile to thousands of recruiters and hiring managers.

3. Tweet in another language:
TweetTranslate automatically translate tweets into over 40 languages.

Tweeting around the world!

Web Secret #202: Everything Is a Remix

Kirby Ferguson is the genius - in my opinion - who created a series of videos examining and deconstructing creativity and innovation in media and technology.

Initially, I came across "Everything Is a Remix: The Matrix," a thoroughly entertaining dissection of the popular movie.

That led me to his other projects, all of them remarkable. However, one video in particular, had the wow factor: "Everything is a Remix Part 3: the role of remixing creativity," (especially as it applies to technology.)

In part three of his series, Kirby argues that all new innovations in technology occur in one of the following ways: first we copy others, then we transform what others did, and finally we combine different ideas. Combining different ideas leads to further breakthroughs, but the biggest innovations occurs when we copy, transform AND combine, as happened with the Apple personal computer.

"Everything is a Remix Part 3: the role of remixing creativity."

Email ThisBlogThis!Share to TwitterShare to FacebookShare to Pinterest
Labels: everything is a remix

This is the story of an Internet meandering.

I am fluent in French, so when there's a lull in the action, I like to click over to Google.fr news and get another perspective.

In February, I came across an article about a photograph from the 1930s which shows a crowd of people making the Nazi salute with the exception of one man.

The article had a link back to the Washington Post "August Landmesser, shipyard worker in Hamburg, refused to perform Nazi salute."

There was a link inside the last few lines of the Post article: "Much like last week’s renewed interest in an ex-slave’s 1865 letter to his master, the response to Landmesser’s photographic lesson speaks to an Internet audience hungry for stories of moral heroism," which sent me over to a blog called "Letters of Note."

After I read the remarkable letter from the ex-slave, that's where I stayed.

Letters of Note - correspondence deserving of a wider audience.

There are 661 letters cataloged in the blog's archive. Some of the best will soon be published in a book.

Email ThisBlogThis!Share to TwitterShare to FacebookShare to Pinterest
Labels: Letters of Note 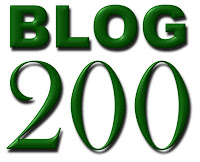