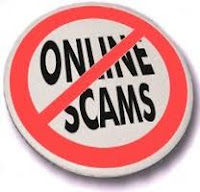 The BBB is an old time consumer protection agency that successfully reinvented itself with the advent of the Internet.

They recently published a list: "Top 10 Online Scams of 2010" including a helpful chart "Anatomy of an Online Scam" which is a must read and pass along.

What's great is once you've read about these and studied their "anatomy," you can smell other scams a click away. Even when they don't conform exactly to the model they describe.

And that's a good thing.

Email ThisBlogThis!Share to TwitterShare to FacebookShare to Pinterest
Labels: scams 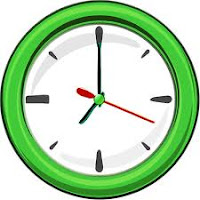 I shop, hang, watch movies, eat out and touch my laptop or my iPad only to look up entertainment or play Words With Friends. I figure that 9 hours per day, 5 days a week is enough social media for anyone.

My children are not so lucky - they are slaves to Facebook, instant messaging, Twitter and more. Their laptops ding and like Pavlov's dogs, they interrupt whatever they are doing and respond.

They need Freedom. And if you don't have the intellectual self-discipline to ignore your computer, you need Freedom too.

Freedom is a simple app that locks you away from the internet on Mac or Windows computers for up to eight hours at a time. Freedom frees you from distractions, allowing you time to, well, be productive. At the end of your offline period, Freedom allows you back on the Internet.

A free trial is available or you can download Freedom immediately for $10 dollars.

If you are really addicted and a Mac user, you might also need Anti-Social. Anti-Social turns off the social parts of the internet, including Facebook, Twitter and other sites you specify. With Anti-Social, you’ll be amazed how much you get done when you turn off your friends. Anti-Social also has a free trial or you can buy it for $15.

Or, you can save your money and "turn off, tune out, drop out."

Email ThisBlogThis!Share to TwitterShare to FacebookShare to Pinterest
Labels: Freedom

Every now and then I get a panicked call from a psychotherapist in private practice.

You get the idea. So in response, I ask:

1. "Is your practice struggling, just about breaking even, or do you have a waiting list for your services?"

2. "How much longer are you planning to stay in practice?"

Because the bottom line is, if you have a thriving practice and you plan on retiring in a year or so, you don't need a website or any social media. You are probably getting the majority of your referrals from a well established word-of-mouth group of professionals, former patients, friends, and more.

You can stay retro. You don't need to change the way you do business.

I thought about this concept when I read "A Paper Calendar? It's 2011." Seems there is a group of people out there who are hanging on to their Filofaxes and Day Runners instead of using the calendars on their computers or smart phones.

And it all makes perfect sense. We already know that "there is no species of technology that have ever gone globally extinct on this planet." So that means that somewhere, people are playing 8-track tapes, wearing Pulsar LED watches, and watching TVs with rabbit ears.

I myself am a study in contradiction. I surf Google News and I read the New York Times in paper form. I read books downloaded onto my iPad and actual books. I love my laptop, but I also am fanatical about the weird lo-tech Japanese writing instruments I buy from Jetpens.com.

So to all you people out there who have yet to use social media, or build a website for your business, you may be OK.

Email ThisBlogThis!Share to TwitterShare to FacebookShare to Pinterest
Labels: Retro 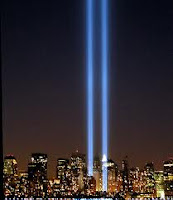 Sunday we will be acknowledging the 10th anniversary of the 9/11 terrorist attacks.

If you were over 5 years old on that day, it is very likely that you know exactly where you were, who you were with, and what you were doing when you realized the magnitude of the disaster.

Television coverage of the attacks, and their aftermath was the longest uninterrupted news event in the history of U.S. television. The major broadcast and cable networks were on the air for days with constant coverage, from the moment the first plane hit the World Trade Center in New York City.

The around-the-clock coverage lasted for 93 hours. That equals 24 hours of coverage for nearly four full days. Many Americans watched for a large percentage of that time, huddled around sets with friends and family, colleagues at work, even complete strangers in other public venues.

Most of the technology we use today didn’t exist in 2001 or had so little market penetration as to have an insignificant impact on our daily lives. So in 2001, if you wanted to know what was happening in real time – you had to watch TV.

This is what has happened since then:

And so on, and so forth. I could have used dozens of additional examples.

I am aware of two other national tragedies that have served as historical markers during my lifetime:

As I write this, there is a catastrophic
earthquake/war/famine/economic meltdown
somewhere in the world.

I still watch some TV news – but only for about a dozen minutes, as I get ready in the morning, and just before bedtime.

Have we lost a sense of community, because we are not huddled together around a TV set?

Or have we actually enhanced our world community because there are so many new ways to communicate our thoughts and follow news events live?

We now live in exponential times.