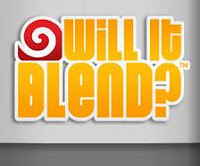 What is less than 5 minutes long and has the power to inform, amuse, awe, and even potentially sell thousands of products?

The most powerful of these get listed and rank ordered by a variety of pundits. Check out "The 100 Most Iconic Internet Videos" or Current.com's more erudite "50 Greatest Viral Videos." You'll notice that the most viewed videos tend to appear on multiple lists, albeit with different rankings.

If you can create a video, and get even 10,000 views- especially if the viewers are your target audience - you are a star. You have captured lightning in a bottle.

Great videos:Here, in no particular order, are 5 poetic and powerful, clever and amazing videos ranked at the top of everyone's list:

#1. Picture Every Day - Noah took a picture of himself, everyday. For 6 years. Simple. Beautiful. Over 16 million views.

#2. Diet Coke and Mentos - What has sold more cola and candy than a Super Bowl ad? Over 12 million views.

#3. LED Sheep - This is an ad by Samsung. Not sure what they are advertising. Don't care. Over 12 million views.

#4. Grand Central Freeze - What happens when over 200 people freeze in place on cue in Grand Central Station in New York for five minutes? Over 23 million views.

#5. Will It Blend? You tell me. The folks at Blendtec have put out dozens of these 90 second videos and continue to do so. Collectively, they have hundreds of millions of views, averaging over 8 million views per video.

Coming up with a great idea for a video - that's the challenge.
Posted by iWebU at 8:30 AM